Herbert Bartik, Urban Innovation Vienna – Why public city services should not be privatized 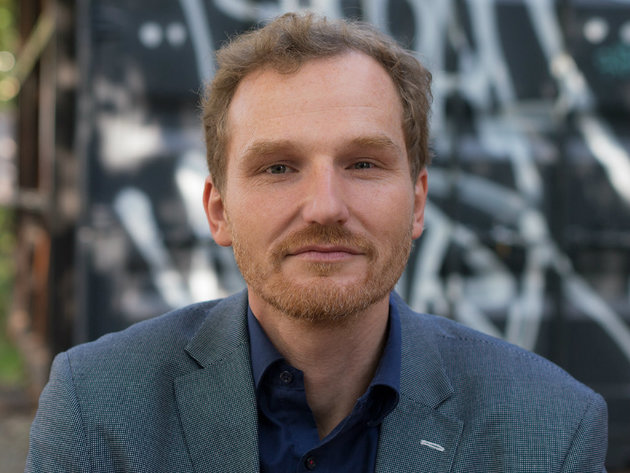 Herbert Bartik (Photo: Urban Innovation Vienna)
The quality of life in a city is measured by various factors, such as political stability, infrastructure, healthcare, education, care for the environment... When all this is put together, the city with the best ratings gets pronounced the best city to live in. Of course, for the tenth time in a row, it is Vienna that gets this flattering title. In a recent interview with eKapija, Nikolaus Graeser said that the city which is good for its citizens is good for its guests as well.

Vienna didn't reach this status overnight. It took a lot of work and effort, and especially investments. The Austrian capital can now continue developing and countering the challenges that the everyday economy is facing. The concept of everyday life economy, which is a growing concept in Vienna, while being almost completely unknown in Serbia, is clarified by Herbert Bartik of the Urban Innovation Vienna agency.

– I am not surprised that the concept of “everyday life economy” is not too well known in Serbia. Even here, in Vienna, it's only been used recently, especially by our Faculty of Economics. The concept is based on the fact that, in order for a city's economy to be strong, it needs to have two basic components. The first one is export and the second one is local economy. It is only when local economy is present that a city can be a strong economic center. The concept of everyday economy entails everything that is of great importance for the citizens' lives. This primarily pertains to infrastructure, public transport, waste waters, power supply, but also food supply in the city's territory. We also include culture, education and various social activities in this concept. These are all areas we include in the “everyday life economy” concept.

eKapija: Despite the demands made by the European Union for private capital to be let into public companies, Vienna has strongly opposed this. Why do you believe the privatization of public companies is bad?

– This is primarily a political position of the City of Vienna. Everything I've mentioned that is included in the “everyday life economy” concept and related to the life of people in the city needs to be in the hands of the city, that is, the public. There are a few reasons for this. First of all, there is the economic aspect, as the city can provide all these services to citizens efficiently. To clarify, the city doesn't need to make a profit, which private companies do. After making an investment, they expect to turn a profit. There's also the social component, which ensures that all citizens have access to those services. Also, in addition to being available to them, it is important for the services to be of high quality. Finally, there's the environmental aspect. As a smart city, Vienna seeks to protect its resources as much as possible. For example, when it comes to investments in the fields of public transport, energy and sustainability, Vienna aims to carry them out in a way that would be recognized by citizens as “green”, that is, sustainable.

eKapija: What are the bad examples in European countries that prove that Vienna is right to take a strong position against the privatization of public companies?

– I'd cite the example of London first and foremost. It is apparent that the subway system in this city has been highly affected by privatization, as there was a dearth of further investments. There are also the examples of several German cities where water supply companies were privatized and where the negative impact was seen in both the supply itself and in the prices. The infrastructure of Paris has also been affected by privatization and the negative consequences thereof.

What I would like to highlight is housing. We have been able to see that, in cities where housing is not carried out by the private sector, there are great difficulties to find an adequate apartment. There's been a great increase in the prices of real estate, so even the middle classes can't afford apartments in the city, forcing them to move to the periphery.

eKapija: What is your position on public-private partnerships in city services?

– Whenever they ask me if PPPs make sense, I like to emphasize that it is a very complex issue and that the answer always depends on the local context. Sometimes it is good for a city to get the so-called “know-how” through privatization, if possible, and attract capital that way.

The City of Vienna doesn't need to get that “know-how” from someone else, but in certain segments, we do have those PPPs. This primarily pertains to those segments that are related to the city's development, whereby public companies prepare an overview of what needs to be done, whereas private companies may invest, bring in their creativity and implement it within the plan for a certain part of the city.

eKapija: Belgrade sets aside around EUR 150 million each year for the maintenance of the public transport system, without any investments. What is the situation like in Vienna?

– When it comes to public transport, Vienna has the big company Wiener Linien (Vienna Lines), which maintains subway, tram and bus lines. There's also the national railway which provides transport on certain lines. As for the maintenance and the operations of Wiener Linien, they are primarily based on the income from public transport tickets. It is important to note that, in Vienna, this service is very inexpensive, deliberately so, as the city wants it to be available to everybody.

Another source of finance for Wiener Linien are taxes. The City of Vienna sets aside money from the collected taxes to finance this company. I'm not sure, but I think the amount is around EUR 600 million a year. These funds are used to maintain the public transport system and are also used for investments. The number of citizens in Vienna has grown considerably in the past few years, increasing the need for investments in transport, which is done by putting these funds at the disposal of the company in charge of this.

In some additional projects, such as the construction of a subway system, for example, there is an agreement between the city and the federal state to have those projects financed 50:50 by joint tax funds.

eKapija: Everyday life economy, the development of Vienna as a smart city, developed infrastructure... Has the combination of these elements contributed to the city's being pronounced the world's best city to live in for ten years in a row?

– It certainly has. The quality of the infrastructure is probably of great importance when it comes to the parameters used in the various studies based on which the quality of life in Vienna is rated very highly. However, that is not the only factor.

We can, then, conclude that the availability of services, infrastructure and institutions provides the foundation necessary for a good life in a city.