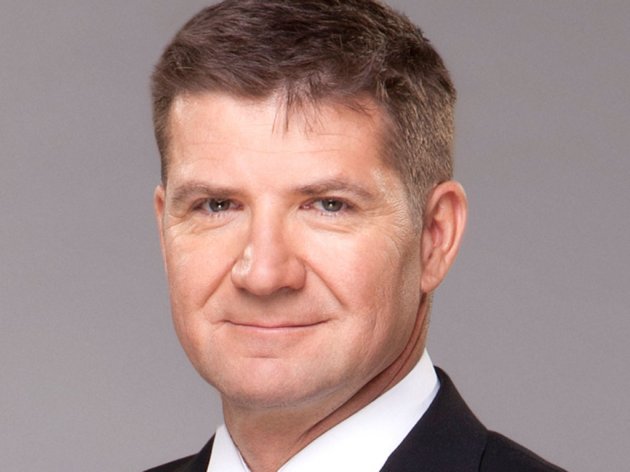 When we noted in the White Book that Serbia continued its stable, but moderate, progress in reforms, we took into consideration that this had secured stability, but that it was not enough to achieve the set goal – a fully sustainable and competitive business climate, a strong economy which can compete with more developed markets and a high living standard, Dejan Turk, Vice President of the Foreign Investors Council (FIC), says in his interview with eKapija.

eKapija: You have just listed some of the biggest problems of the real sector in Serbia? Where do you see the solution?

– There need to be further efforts toward improving the business conditions, reducing the bureaucracy, making the rules of the game equal for all, strengthening the rule of law and modernizing the regulations. That is the only way to attract foreign investments and make them sustainable.

eKapija: When you say “a stable, but moderate, progress in reforms”, that's actually bad news, considering the overall state of the Serbian economy.

– That depends of how you look at the situation – whether the glass is half full or half empty. Of course, a lot also depends on the expectations we had in the period between the two issues of the White Book. As the White Book gives a thorough overview of the business climate in Serbia and includes a large number of topics, there are certain improvements in most of the fields we actively follow, but the question is whether those improvements are of key importance to the impression of a considerable improvement of the business climate or not.

eKapija: The sector of real estate and construction was rated as one of the fields with the biggest progress. What is needed for it to get the highest rating?

– The past period was marked by reforms, moderate to considerable, in nearly all sections of the legislative framework in the field of real estate and construction. Building land and construction have made the biggest progress, the cadastre procedure and the restitution procedure have made moderate progress, whereas the reforms in the field of mortgages are lagging behind. Other problems and recommendations of the Council are that it needs to be secured that restitution does not automatically stop conversion, except in public or state companies, as well as to organize education programs for state clerks and introduce clearer guidelines for the implementation of laws and regulations. Online access to land register data should be unlimited and free, and the Law on Financial Leasing needs to be amended so as to enable the entry of annotations of the existence of leasing in the real estate cadastre, as does the Law on Mortgage, so as to implement more explicit norms, improve safety and facilitate borrowing for mortgage debtors.

eKapija: In 66% of the fields, no progress has been recorded. In which one is the situation the most urgent?

– It is not easy to answer this question, keeping in mind the large percentage of the recommendations from this year's White Book that have not been fulfilled. I'll give you a concrete example of a reform that has not been carried out and explain the effects thereof. The Law on Food Safety is the 51st of the 67 topics according to the FIC index. The reform that hasn't been carried out pertains to the implementation of modern food safety standards, and the consequences are that food products are of lower quality, that there are obstacles to the export of these products and that the business conditions for companies are not equal, all of which is a risk to the state and the citizens. On top of all that, the existing standards run counter to the EU standards. I am convinced that this example best illustrates the importance of reforms, especially in one such field as food safety, which is important for all citizens of this country.

eKapija: In the field of tax policy, on the other hand, there has been no progress. Employers primarily complain about large tax burdens on salaries and parafiscal charges. According to you, what are the key problems in this field and which solutions could help local entrepreneurs and small and medium enterprises in Serbia and the development of the economy in general?

– There are two key problems in this field – the first one is that it still happens that tax laws are amended without public consultations and often in an emergency procedure, which doesn't give enough time to companies to adapt, and the second one is the inconsistency in interpreting and implementing tax laws on the part of various organizational units of the Tax Administration. The introduction of binding opinions of the Ministry of Finance was a step forward, but the work on solving this issue should continue. Public discussions about all the new laws need to be organized on time, law implementation needs to be improved with the introduction of “Instructions for the Implementation of Tax Laws” in the form of a document that would accompany each law, instead of numerous rulebooks and opinions, and last but not least, the Tax Administration needs to be modernized.

eKapija: Agriculture has been marked as one of the three fields with the weakest performance – practically, only livestock farming and food quality control have made a certain progress. What remains the biggest obstacle to the carrying out of the recommendations from 2017 and what is it that impedes the development of the Serbian agriculture the most?

– Reforms are needed so that agricultural production would improve, so that food processing capacities would be further strengthened and so that unused potentials would be utilized, both for the needs of the internal market (improving the quality of products for local consumers) and to the end of increasing the exports (meeting EU standards).

eKapija: FIC notes the improvements in the field of electronic government. However, there are still situations such as the one where, under the amendments to the Law on Planning and Construction, since November 6, requests for the issuing of licenses are sent to the Ministry of Construction, Transport and Infrastructure by mail, instead of electronically. How would you comment on that?

– Serbia is heading toward digitalization, but that process will be very long, as the entire legal system needs to be adjusted to the age of digitalization. There are plenty of examples similar to the one you've cited, as it is not enough to change one law, but also the accompanying bylaws, and a consistent implementation of laws needs to be secured.

eKapija: What is the situation like in the field of protection of competition, especially in cases when one of the players in a market is a state company?

– There has been a progress in the harmonization of regulations in the field of protection of competition with EU standards and regulations, but, in order to improve transparency and legal security, the Commission for Protection of Competition should prepare clear guidelines for the implementation of certain law provisions, with the participation of interested parties in preparing comments on draft documents. The Commission should treat all participants in the market equally. Considering the penal nature on the decisions in the field of protection of competition and the considerable authority of the Commission, predictability, consistency and legal security for all participants in the market are of key importance.

eKapija: Why has the number of recommendations in this year's White Book been halved?

– The White Book covers a lot of fields in detail. Last year, we gave over 500 recommendations and that's why we had a talk before we started preparing this year's White Book and concluded that we should consider reducing the number of recommendations and concentrate on those we believe are more likely to be fulfilled in the foreseeable future. The result is that this year's edition has more than two hundred recommendations, nearly 50% fewer, and the idea is to focus the attention of the Government and all the interested parties on key recommendations.

eKapija: What can investors expect from the Government in 2019?

– Our key three recommendations, that is, our expectations from the Government, are sustainable fiscal consolidation (structural reforms, especially privatization and corporatization of state companies), the improvement of law implementation, especially in the field of taxation (the strengthening of tax administration) and the securing of higher transparency in public consultations, with the focus on reforms in eight priority fields: taxes, labor, digitalization and electronic business, real estate and construction, inspection, food safety and general legal framework, focusing on laws on bankruptcy proceedings and foreign exchange operations.