Goren Pekez, member of Board of Directors of Foreign Investors Council – Serbia needs to further accelerate the reforms, state companies like corporations 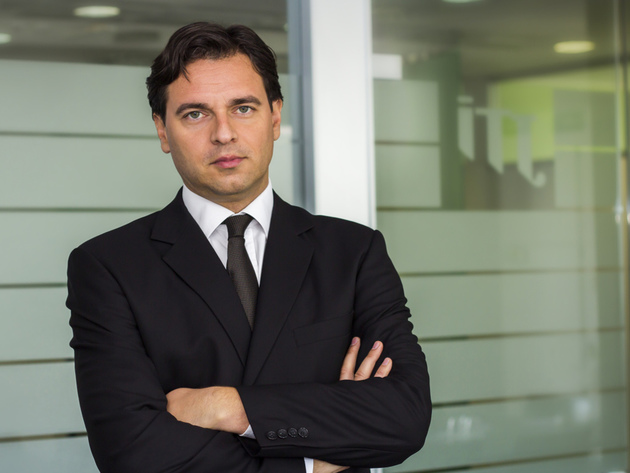 Goran Pekez, Board of Directors member at FIC
A delegation of the Foreign Investors Council recently visited Brussels for the fifth year in a row, supporting the European integration of Serbia. Goran Pekez, a member of the Board of Directors of the FIC, talks in his interview with eKapija about this kind of “business-diplomacy”, its reach and the most important reformation tasks of Serbia, such as the necessity of having state companies begin to operate like modern corporation, or the improvement of the tax administration. He also explains the reasons why the FIC is reserved when it comes to certain solutions in the Draft Law on Lobbying.

eKapija: What recommendations have you been given at the EU institutions – in which areas is Serbia making the biggest progress and where is it lagging behind the most on its road to the EU?

– We have seen that, in February, the strategy of the European Commission for the Western Balkans brought the region back among the priorities of the EU, having recognized Serbia as the leader. In March, the head of the EU Delegation to Serbia, Sem Fabrizi, held an exclusive presentation of this strategy for our members. The messages we received on this occasion in Brussels also say that, the progress made in the past few years in overcoming the long-present flaws in economy have been recognized. Macroeconomic stability has been secured, a strong fiscal consolidation has been achieved and a good foundation for working on securing a medium-term economic growth has been established.

The priorities for the future are to complete the reform of the public administration and the Tax Administration, to restructure and corporatize large state-owned companies and to complete the privatization process, which is another unsolved question. It is also believed that it is necessary to deal with the question of state aid, in order to secure equal conditions for all business entities in the market. Regarding the improvement of the business climate, it is necessary to strengthen the institutional and regulatory environment in order to increase the trust and predictability for all companies operating in Serbia. Last, but not least, we need to work on strengthening the trade cooperation in the region.

eKapija: The president of the IFC, Yana Mikhailova, said that Serbia “needs to step up the reforms and accession negotiations”? What does this mean in concrete terms?

– It means that, if Serbia keeps up the stable, moderate progress in the reforms, which has secured stability, it will not be enough to achieve the set goal. In order to catch up with the level of economic development in the EU – a stronger economy and a higher living standard – Serbia needs to step up the reforms and accession negotiations. Special attention needs to be paid to achieving a sustainable fiscal consolidation through structural reforms (especially through the privatization and corporatization of state companies) and the improvement in law implementation, especially in taxes, as well as through the strengthening of the tax administration.

– The accession of Serbia to the EU is a political question. The interest of potential foreign investors would, however, drop if Serbia weren't on the road to the EU, in our estimate, primarily in the sense of the harmonization of the regulations with the EU legal acquis. It is important to investors for the business environment to be as similar to what they're already used to, but it's even more important for there to be the rule of law and with it the very important predictability of the conditions of doing business and the safety of investments. We support Serbia on the road to establishing an open and functional market which can withstand competitive pressure. All this would lead to the strengthening of institutions and the creation of more transparent business conditions and equal rules for all players in the market. Consequently, the number of direct foreign investments would grow with time.

eKapija: Do you fear such a possibility and do you consider it to be realistic?

– What we can hear in the media, in public statements and through direct communication is that the Government of Serbia is determined to persevere on the country's road to the EU. We know that 2025 has been designated as the potential year of Serbia's accession to the EU and we hope that this will come to pass.

eKapija: Are the EU and its countries aware of the interest their companies have in Serbia and can continued investments from EU members – primarily in projects in strategic sectors such as infrastructure, TC and energy – accelerate the country's European integration?

– Everyone you've mentioned is aware of the interest of foreign companies in long-term investments in Serbia. Since our members have a strong presence in the EU (over 70%), our orientation toward using the knowledge, experience and contacts in order to bring Serbia closer to the EU and help Serbia reach the level of European economies is clear. This will benefit everyone, investors and citizens alike and the society as a whole. The investments you've mentioned are made in key areas, which we call the pillars of development in our annual White Book publication, including primarily infrastructure, TC, energy, real estate and construction, and can certainly accelerate the European integration of Serbia. The progress made in these fields is crucial to raising the economy of Serbia to a higher level.

eKapija: It can be said that the Council is lobbying for Serbia's membership in the EU. On the other hand, you were against the passing of the Law on Lobbying in Serbia. In essence, what are your complaints regarding this draft law and have the authorities addressed at least some of them?

– We were against the initiative for the formulation of a specific regulatory framework for lobbying activities, as a comparative practice analysis had shown that most EU members do not have laws regulating the issue, whereas, on a global level (through the so-called “soft regulations”, that is, regulating through professional associations), lobbying is regulated in only around 10% of the states. The reason is that corruption, as a systemic problem, is already regulated, as it is in Serbia. That is the reason why we proposed for the law not to be passed and for this field to remain self-regulated by professional associations.

Our essential complaint pertained to the obligation of all business actors for all the business actors to report every individual contact defined as the initial step of lobbying by any registered and non-registered lobbyist. Our opinion is that it could consequently threaten or limit the quality of public-private dialogue. There are numerous meetings of that type, in particular with the institutions in charge of wide spectrum of issues such as taxes, trade and consumers. We therefore proposed periodic (say, quarterly) reporting by the institution the officials belong to as a form of fully transparent consultation which would, however, not be too much of an administrative burden to state officials who do their job responsibly and in line with the law.

Together with other associations and partners, FIC managed to influence the improvement of the Law Proposal so that it doesn’t treat as lobbyists companies and other entities representing their own interests, such as business associations, but it didn’t manage to reduce the burden for the civil servants.

eKapija: Can such a law interfere with the operations of foreign investors in Serbia and the economy as a whole?

– It could have if the economy had not said what it had to, which was partially adopted. The quality of the public-private dialogue is a very important indicator of the maturity of the society and the adoption of European values. The Council will continue advocating a sustainable fiscal consolidation, improved implementation of the law, especially in the field of taxation, as well as more transparency in passing the laws, which we consider very important primarily for the sustainability of the adopted reforms, all to the end of having the entire society progress.