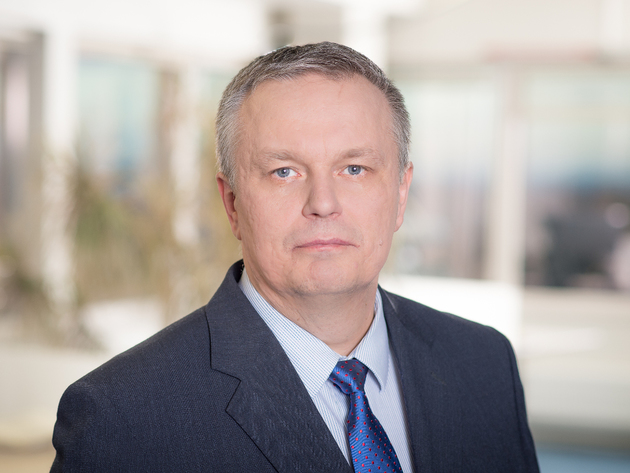 Estonian Tax and Customs Board which had been led by Marek Helm was named, year by year as an OECD member with the best practice. OECD largely gathers the most developed world countries. E – tax and and e-Governance on the whole became Estonia`s most valuable brand while at the same time becoming a way for this small Baltic country to join the circle of chosen and wealthy. Now, Nortal company appointed Marek Helm as their General Manager of the Gulf Cooperation Council and Africa, Nortal, which stands for “Nordic talent”, combines knowledge from Estonia, Finland and Sweden and also employs many experts from Serbia. From their new and airy offices in the center of Belgrade and led by Marek Helm they are currently in the process of introducing new digital tax and business solutions in faraway Oman or even further in Botswana.

– Many solution we offer in Arab countries in the Gulf and in Africa we develop here. We operate in Belgrade longer than a decade. We only worked with a few people at the beginning but now our offices take up three storeys and our company`s business greatly relies on the work of Serbian experts, said Marek Helm in exclusive interview for eKapija portal.

eKapija: You have a big team of experts in Belgrade but no ongoing projects in Serbia even though digitization is one of our country`s priorities. Could that change?

– Part of Nortal business is located here and we export successful Estonian story in the area of e-Governance, notably e-Tax to many other countries so why wouldn`t we do the same in Serbia...

eKapija : What are the duties of Serbian staff in Nortal?

– Recently we finished a new business register in Oman and now it is possible there, same as in Estonia, to launch a business in three minutes time. We are introducing e-tax, VAT and excise taxes in Oman as well. We have carried out InvestEasy project in that country. We are also preparing e-solutions for Oman ministry that organizes the arrival of foreign workers and takes care of workforce and work permits in the country. We are helping Oman set up a e-census service too based on registers available.

We worked on our first project in the Arab world in Qatar. It is about the government portal as well as the personal data registry. Serbian professional in Nortal are also working on tax solution for Botswana in Africa.

Most of those solutions have already been applied in Estonia. Those projects help change societies and whole countries and that is a great challenge. Take for instance introducing taxation in Arab countries where citizens don`t even pay taxes.

eKapija: What challenges do you come across working in Persian Gulf countries and in Africa and have Serbian experts proved successful there?

– It is a situation entirely different than what we had in Estonia. You can`t do projects in the same manner, you have to be patient... Cultural differences are huge and you can only succeed if you understand the logic of doing business there. Oman, for instance, doesn`t have law as precise as those of European countries so it is necessary that people engaged on a project show creativity.

I`m glad Serbian professionals are a part of that story. Those are excellent men, very emotional and open. We have many Romanian employees too. Serbian professionals develop software but also do data analytics, design access and organization. Not only do we put focus on IT in collecting taxes and excised but we also share our knowledge on how organization should operate. We change processes and access and IT comes at the very end.

eKapija: So, people are the basic factor of success of digitization and not the technology?

– You have to realize that not everything is down to IT. If there`s a political interest as well as the organizational capacity and strong leadership in tax administration success is possible. In Estonia we said : “We will create good business environments and gain from it.” If there’s will and there are people, the money`s there too. Estonia had political will for it since the late 90s. An now Estonia is being recognized for its e-Governance. Leadership is key, IT is only a tool.

eKapija: What are the prerequisites for e-Tax to be effective?

– I was in that same place and believe me it requires a lot of dedication. You can’t accomplish anything on your own, a lot of it depends on the culture and on the moral values in a country. Businesses need to support it. If the business world backs the rules of the Wild West, nothing can be done there. Chamber of Commerce needs to be the main supporting partner to the Government . Estonian Chamber of Commerce and not the politicians was the one that demanded the taxes of every company be made public. Increasing resources in police or inspections doesn`t give results. Those resources should be downsized and instead invest that money into leadership, into IT solutions and buildings – make them look professional, like banks are, or these offices. Tax Administration in Estonia is like this. It is crucial that an equal standard is applied to both the capital and provincial areas and for superiors to be able to award their civil servants.

We now collect 95% of taxes in Estonia. We have reduced the presence of Grey economy significantly in the last five to seven years with the help of our Parliament who adopted new laws and businesses who asked for new rules of the game. We changed our VAT system drastically,we introduced a regulation which says that every business transaction and all payments bigger than 1000 euros have to be automatically filed to tax administration. Then we do a check-up, try to find the problem and we don`t have to spend months and years to fix anything.

Solutions can`t be copied verbatim, though – they need local people, leaders, and young. When they ask me what`s the secret of Estonia`s success, I tell them that it was young people who tool all the important places in the country. Our prime minister was the youngest PM in the world. We wanted to get rid of the old Soviet traditions. I was 23 and knew nothing about management and I was in charge of 200 people. They trusted us. Sometimes I think we should do the same thing in Estonia again, to give people in the 25-30 age range a big chance again.

We managed to change out country for the better in that way and I can only be happy now working in the private sector.

eKapija: What can Serbia do to suppress gray economy which harms the state budget and creates disloyal competition among businesses?

– First, in order for tax collection to be fruitful, citizens need to trust the authorities. Success is impossible if there is friction between the society and the state. Another important factor is simplicity. If you have complicated and hard and expensive tax system,many won`t participate in it. Estonian citizens pay their taxes once a year with only a click. Everything is prepared in advance, you open the web page, check the numbers and be done in three minutes. You don`t need a lawyer. The algorithm does the calculation, it collects the data from the banks and every other institution that deal with taxes. You can even do that over your smartphone.

It took ten years to accomplish all that. Arab countries, where we now intend to provide our help,need time. Africa too needs time but they trust us because they heard about Estonian success in this area and now they want the same thing, but they understand it can not be done over night..

eKapija: When it comes to trust, in Serbia,for example, a coffee shop only files 20 % of its entire profit and that kind a thing passes here. Does the state seem helpless then?

– Look, every country knows how much tax it collects, but that is not the main thing. In Estonia, we knew how much tax we weren’t able to collect. That is the point from which you build more effective tax collection system. We did major studies once a year – how much tax we couldn`t collect and tax by tax we created a plan to fill that “tax hole”. What do we do? Do we change the law? Do we introduce an e-solution? Cross-checking? The last thing you want to do are physical controls because it is too extensive and costly and you can never find enough resources for such an endeavor. So we have to create a certain environment. I believe that if ac country thoroughly researches tax evasions, coffee shops won`t be its priority, There are many areas where the losses are much higher. If the turnover is large you can steal a lot more. Take petrol sector, construction, tobacco market... You can`t fight illegal tobacco market if you don`t cooperate with tobacco industry.

Everything we mention has to be quantifiable and you have to have result both on a quarter and on a yearly level. Analytical capacity is the key. Out of 1,500 employees in the tax and customs administration, I had at my disposal 80 workers in the intelligence department whose job was to only do data analyses. The importance of such practice is clear if we know that EU loses up to EUR 180 billion each year to tax scams.

– That`s right, let us mention e-Health which encompasses digitization of patient records, prescriptions and entire hospital systems. That is also a part of Estonian success - all doctors put information in the system and it is immediately available to all who need it. If you need a medicine, you can call your doctor, he will put the information in the system and in just a few seconds you will be able to pick up you medicine in any pharmacy in Estonia.

In Finland, our company offers solutions for the private sector such as how to optimize operations, for instance, of companies in the field of telecommunications.

Nortal company, originally called Webmedia, was founded by three young men in Tartu, Estonia. The company soon made name for itself in creating strategies and solutions in e-Governance and takes credit for 40% of Estonia`s digital rerouting. In 2012 it was renamed to Nortal ( derived from “Nordic talent”) which is a symbol for Estonian talent, Finnish excellence in production and Swedish advertising skills. Today, Nortal is a multinational company that employs over 750 specialists from various fields and countries. Beside the Nordic countries mentioned you can find their offices in Serbia, Lithuania, Oman, Dubai, and the USA.