Leo D’Aes, Ambassador of Belgium to Serbia – We receive 150 requests regarding Serbia each year 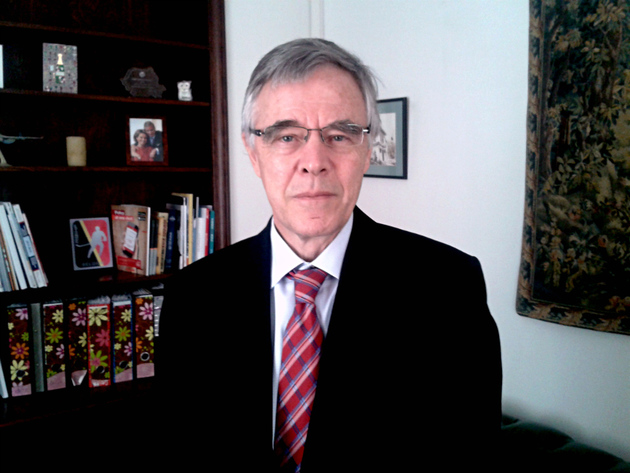 Leo D’Aes
Belgian investors are very interested in Serbia, either as a market or as an investment location for delocalized production, Leo D’Aes, Ambassador of Belgium to Serbia, says in his interview for eKapija.

– Our Trade and Economic Counselor receives each year around 150 requests for either prospection or direct assistance in arranging the required B2B contacts, be they for establishing a trade relation, a partnership or an investment – D`Aes explains.

Ambassador D`Aes also announces that a trade mission of over 40 business people will come to Serbia on March 22-23 and will engage in intense B2B contacts with the Serbian counterparts.

eKapija: Do you have any feedback on how many of these meetings result in contracts signed or cooperation expanded and in which fields can companies establish cooperation?

– We do not always get the feedback, and many of these contacts take time before they become contracts, especially when it comes to investments. There are, however, good results, especially in the IT sector.

We encourage and support your country as an investment destination, because any new investment suits both sides.

The Belgian producer who gets a solid labor force at moderate wages in a country aiming to constantly improve its Doing Business ratings, and Serbia in its drive to gradually modernize its economy.

eKapija: What are the biggest advantages of Serbia when it comes to attracting investments? What are its flaws and what issues do you see as the most urgent?

– As advantages I would mention the said potential for modernization. There is still ample space and opportunity here to participate in basic sectors of the economy

The wages are moderate and the labor force is readily available, although there are some strains in there recently.

The flaws are well-known, primarily the legal uncertainty that enterprises face in the absence of a real level playing field, in which competition practices are not yet according to EU internal market rules.

I would add to that the huge and complex fiscal and parafiscal burden, but at the same time I need to mention the efforts of Finance Minister Vujovic to gradually remedy this –witness the reformer award he recently got from NALED.

eKapija: How many Belgian companies do currently do business in Serbia? According to your findings, how satisfied are they with their business activities in Serbia?

– There are about 60 companies with Belgian capital active in Serbia. The main investment was carried out in 2012 by Delhaize (which became AholdDelhaize in 2016), providing more than 11.000 jobs throughout the country.

There`s also Metech (finished metal products) in Smederevo which grew from 60 to 350 employees in 10 years time, and pioneered the Free Zone concept here.

Most companies are satisfied with their business dealings here, with the exception of Energo Zelena in Indjija, which had to close down in 2014 due to persistent level playing field problems. This case is now at international arbitration.

eKapija: According to your data, what did the trade between Belgium and Serbia amount to last year? What did Serbia import the most and what did it export the most to Belgium?

eKapija: How important is the existence of the Belgian-Serbian Business Association (BSBA) for the strengthening of business connections between the two countries and to what extent is the Embassy involved in the BSBA operations?

– The BSBA plays an active role not only in connecting the businesses with Belgian interests here to Serbian counterparts, but also in promoting Serbia as a valuable market and investment destination.

BSBA works hand in hand with the Economic and Trade Office and with the Embassy to promote Belgian enterprises through various networking events, and through a dynamic participation in the European Chambers of Commerce Initiative.

eKapija: As a member of the EU, Belgium actively supports Serbia on its way to joining the EU. How would you rate the results Serbia has made so far in that respect and how do you see the current state of economic and political relations of our two countries?

– Our bilateral relations are intense when it comes to Serbia`s main foreign policy objective, i.e. accession to the EU.

(Photo: Birute Vijeikiene/shutterstock.com)
As a founding father of the EU, Belgium follows very actively Serbia`s progress in this field, and through the different working groups dealing with this huge operation, we are in regular bilateral contact with the Serbian administration on all the sectors involved.

Together with the other EU member states we apply the principle of strict and fair condionality, but we (EU) are at the same time engaged in a very large assistance programme in helping Serbia to achieve that ambitious goal of joining the EU.

A lot remains to be done in the crucial Chapters 23 and 24, but also in the micro-economic modernization program so as to give the Small and Medium-sized Enterprises business confidence and real breathing space for developing and generate local employment, particularly inside the country.

Apart from that, our relations are very cordial and dynamic, marked by a genuine interest in each other`s national issues, and aiming to develop and solidify people-to-people contacts, be they business or culture or anything else.

eKapija: Belgium was traditionally very active in our country in various fields, from education, social inclusion, culture, to ecology and other areas. Could we announce any new activities of the Embassy in Serbia?

– We aim to constantly develop our good relations, in all fields. We cooperate on initiatives like the Belgrade Dance Festival, the International Guitar Festival, Belgrade Saxperience, the EU Film Festival.

We entertain dynamic relations with the University of Belgrade to promote both the French and the Dutch (Flemish) language. The respective Academies of Arts are in close contact and will launch a common initiative in April. Serbian children choirs participate every year in the Neerpelt contest in Belgium.

Here in Belgrade I have developed a pleasant network with outstanding Serbian musical artists who perform in the residence. And I chair a Patrons Committee helping BELHospice to expand its daily care to terminally-ill cancer patients.

So it is a varied picture of very cordial cooperation, in which there is always room for more, of course, as we move closer to each other in the process of that beautiful project of EU integration.