Catherine Ferrary Simon
"As a family, every evening at dinner time we answer three questions together: “What were you thankful for today? What were you sorry for today? And What are you hopeful for tomorrow?” Each of the kids and I answer the three questions together and it’s our time to reflect on what has happened, to appreciate or learn from the experience and to have faith in tomorrow being a new day."

Catherine Ferrary Simon is one of the most inspirational people that we’ve had the opportunity to interview. She is the head of Namics in Serbia and manages her own business Rock Star VA. She was born in Philadelphia and her addresses, before Belgrade were Florence, Cannes, Dubrovnik, New York, Milano, etc. In her high school days, she played drums in rock and jazz bands. She worked at Armani, Rai television, was a manager at an Italian law firm, and the list goes on.

In our interview, she spoke openly about how important a good balance of work and family time is for her. She does not hide the fact that she occasionally enjoys a "lazy Sunday", spending time without obligations as well as spontaneous weekends and in general not “overbooking” her kids in activities that take away their time together. She moved to Belgrade in 2013 accepting a new job with two kids and the third on the way. When she realized that the position did not fit her any longer, she quite the job, and moved on to start her own business, to the surprise of most everyone she knew. In a short time, she proved that she could start and manage her own business and have enough money with more free time than ever all while inspiring others to do the same. Then Namics happened.

"People are usually blocked by fear", she says, "and I want to show them they can achieve anything they want".

She is particularly committed to empowering women in the IT world. She is proud of the fact almost 40% employees at Namics, the leading Swiss agency for software development are women.

The first New Year in Belgrade

- My parents supported me in my decision to go abroad for a year and study Photography and Italian language in Florence, Italy. The one year turned into about 6 - with stints back in the US where I enrolled in the progressive and renowned Bennington College. Bennington is a unique place which allows students to create their own curriculum and path of study, with the support of a committee of professors who follow and mentor their progress. My curriculum included half a year of study in Italy each year; I also spent a summer studying French in Cannes, and a semester in Dubrovnik, Croatia at the American College of Management. After graduating at the Bennington in 2003, I enrolled master program at the European Institute for design in Milan.

Her first “full time” job was in New York City after her studies in 2004 at Giorgio Armani Corporation, as the Executive Assistant to the President. Later, she worked at other fashion companies, from Saks Fifth Avenue to Converse and MaxMara, but never felt “at home” and struggled to find her niche in the workplace. 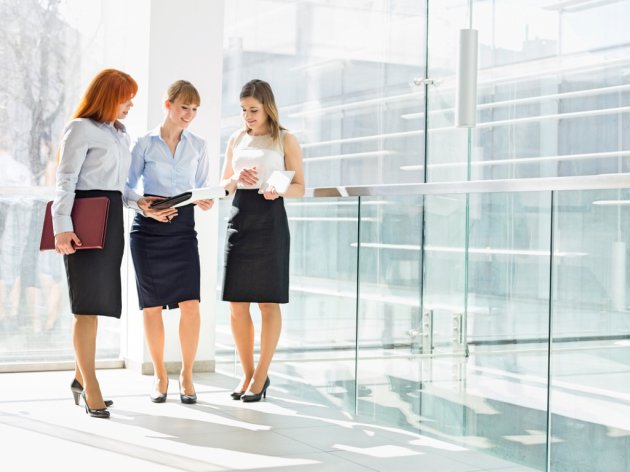 (Photo: sirtravelalo/shutterstock.com)
- Then I finally found something I loved at Rai, the Italian National Television, as a producer. I worked on Italian shows that were filmed and produced in the US at the New York City office. As can often be the case though, “fun jobs” don’t always pay well, and because of financial pressures and my first baby on the way, I found a job just weeks after giving birth at a law firm as the Office Manager. That paid the bills but I was not happy at work.

It wasn’t until 2011 when she met Gary Bond, a Business Analyst in IT who was looking for a Junior Consultant to join his team. That is how she ended up in IT world.

- Under his mentorship, I learned about business, about project management and consulting in IT. Our primary project was to create a Digital Asset Management system for the online education company called Amplify. I had daily meetings with a development team which was located in Belgrade. Eventually I met with that company’s owner and project manager and mentioned I’d always wanted to move to Serbia- coincidentally they were looking for an Operations Manager and they offered me the role. I moved to Belgrade on New Year’s Day of 2013, 5 months pregnant and with my two other boys to start the new challenge.

After a year of work at that agency, they offered her a contract renewal, it was to be at a 40% reduced salary.

- Honestly, at first I was heartbroken, devastated - I couldn’t understand why I kept giving so much of myself but felt like I was still treading water professionally. But after regrouping with some help from my then 5 year old son Luka, turned my setback into new empowerment and I left the company and started out on my own. A month later, I founded Rock Star VA where I worked remotely for small online businesses in the US providing operational consulting and basic administrative services. I eventually began teaching others about that business and coaching them so that they too could leave jobs they were dissatisfied with and create their own fulfilling careers.

One new client approached her mid 2014 with the story of wanting to start a web agency in Belgrade, a new branch of their Swiss company.

- I was sceptical at the start - I had lost trust for big foreign companies starting projects in Serbia, I was worried they would be like the previous company. I was very firm in my conviction of fair treatment of employees and respect for the country they were approaching. After a few hours, I was still chatting away happily with the two very brave representatives of Namics who put up with my devil’s advocacy and together we made a plan then and there to work together. There were exactly the type of place I knew I’d love. The openly listened to my concerns and ideas for improvement on the status quo- everything they believed in and stood for was exactly in line with my own ideals. It may have just been love at first sight.”

Namics, the leading Swiss agency for software engineering, hired the first employees in the Fall of 2014 and with Catherine’s leadership, are now at almost 40 in Belgrade.

- We are implementing a four-year growth strategy with a plan to hire 100 engineers in 2018. So we are constantly in the search for talented people. 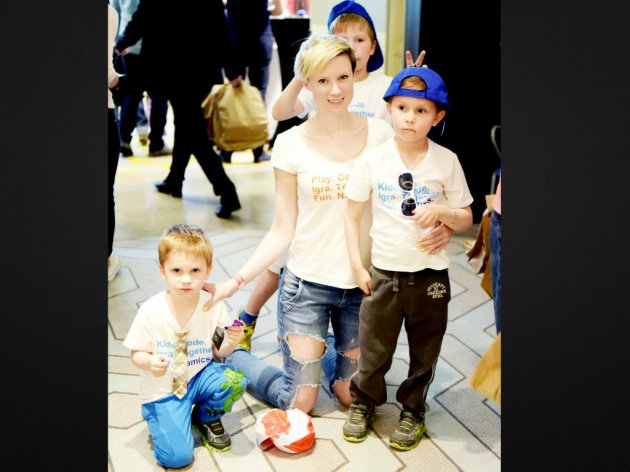 With kids
Namics is "full-service" agency which provides a wide range of service to many industries – banking, telecommunications, car industry and medicine. Their clients, like ABB, BASF, Daimler, Medela, Sika, Swisscom, USB, Victorinox and Zurich Airport, are at the Forbes’ 500 most successful ones. Namics, our collocutor says, is autonomy, creativity, personal development and responsibility.

- We are independent in managing our own time and responsibilities. At the same time, we’re constantly encouraged to learn, to go with the new trends and to share our knowledge. That is how we created a working environment that is made up of intelligent, hard-working and motivated people.

"At the end of each story there was fear..."

Although she’s been at Namics for almost three years, Catherine never stopped managing her own business.

- Rock Star VA is my passion. When I decided to leave a full time and well-paid job with three kids to feed, and a then unemployed husband, my story shocked people. Once I showed them that I could start my own thing online and support my family, having more time for my children than ever and bringing in the same and even higher income, their jaws dropped – Catherine says.

- I didn’t understand how they didn’t see that they could do the very same thing. At the bottom of every story I heard was one thing - fear. So Rock Star VA is here to empower and encourage women to pursue their dreams of having a fulfilling career that supports their personal financial goals and allows them to spend time with their families and or friends. We - because now several of my ex-students run the programs now- have courses for learning how to work online as a Virtual Assistant, on how to start your own business online, etc.

What do you wish for?

- When I had the crossroads in my life after leaving my job in 2014, I decided to sit down and straighten out my priorities once and for all. The goal being to stop the chaos in my mind and just commit to what I actually wanted. The goals were primarily having a better work/life balance. In order to accomplish that, I focused on where my time was being wasted and started to become more efficient in those areas. Namics also offers flexible schedules and reduced time schedules. I currently work 80%, which gives me time to take care of family obligations and also to work on Rock Star VA. Once you know what you want to achieve in terms of where you want your time to be invested, it’s easy to make choices which enable that lifestyle.

Catherine likes live concerts, reading and travelling. She often travels to Paris to visit her fiancée. Her working week is full of duties but she never misses some rituals.

- I’m up at 6:30am to get ready with the kids so that we can have breakfast all together. We’re on our way to school and work by 7:30 and I’m in the office a few minutes before 8am. I leave at 4pm to pick them up from school and daycare and take them to sports activities if they have them, then home for dinner, storytime and bedtime is at 8pm for the kids, for me around 10. As a family at dinner time we answer three questions together: “What were you thankful for today? What were you sorry for today? And what are you hopeful for tomorrow?” It is our way to reflect on what has happened, to appreciate or learn from experience and to understand that tomorrow is a new day - she says.

- I try to keep our weekends as free as possible and try not to commit to many extracurricular activities for the kids. I want to have that time for us as a family, to unwind from the week, to be spontaneous, to take trips, go to the library, the park, meet up with friends or just laze around the house and enjoy not having any obligations for that time.

Women in IT world

- Empowering women to apply for jobs in IT industry helps them realize they have same values and chances as men. They really do, but they don’t always realize that. Also, empowering women isn’t as common as we suppose and it isn’t always guaranteed, not even today. Also, it emphasizes the importance of heterogeneous teams for the success of projects. It is proven that we can benefit of working in mixed teams. It enables us to have better communication, to understand each other, gives us different angles on problems.