Radojko Janic
There are lots of very successful companies in Serbia operating outside the public's focus, despite employing several hundreds of workers, exporting to big markets and standing shoulder to shoulder with global giants when it comes to product quality. One of them is Kraljevo-based Radijator-Inzenjering, a market leader in installing and maintaining central heating, as well as in producing solid-fuel, biomass and oil powered boilers. The company exports 80% of what it produces, mostly to the EU countries and Russia.

The head of the company, which employs slightly over 400 workers, is Radojko Janic, who was pronounced Entrepreneur of the Year 2016 at the auditing company EY's contest.

In his interview for eKapija, Radojko Janic says that the secret of his success lies, among other things, in constant creation of ideas, innovation and setting new goals. He says that the company has big plans each year and that they intend to penetrate new markets as well in the coming period.

– Aside from exports to the countries of the European Union and Russia, our intention is to penetrate the markets of the Far East, America and Chile in the next five years.

Radijator-Inzenjering is the legal successor of the Radijator trade shop, founded in 1991, whose core activity was installing and maintaining central heating. In its 25 years, the trade shop has transformed into a modern factory with 400 employees and we wanted to know what it was like when he was starting out and what his formula for success and perseverance is. 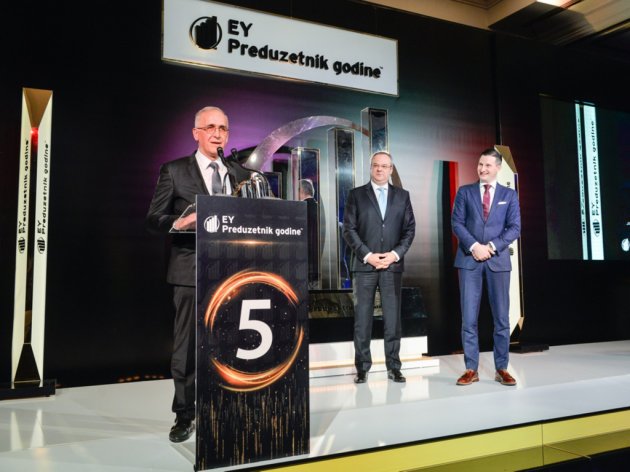 The fact that it's never too late to start one's own business is shown by the example of Radojko Janic, who entered the world of entrepreneurship when he was 41.

– I was employed an the state company Magnohrom and decided to leave it, although the conditions were solid and the salaries good. I knew I could make a bigger contribution and wanted to step into something new. That acted as an incentive to start working for myself and to surround myself with people who would create a new value.

He says that his career has seen both good and bad moments, even those that made him wonder if it was all worth it. Still, he adds that his nature, his energy and perseverance have prevailed.

He is content now, as he knows there are those capable of succeeding him and improving the company.

– I'm lucky in that Radijator is a family business and that all the members of the family work at the company. The second generation is already active, and my grandchildren are getting ready to start working in 4-5 years when they graduate from their studies. That's when I plan to retire and hand everything over to them.

The company is continuously expanding and upgrading its production, and the boilers are now made using the latest global technologies. A total of 40 mechanical engineers work on perfecting the products every day. The consistency of the quality and the company's operations has been confirmed by the ISO 9001:2008 certificate.

Radijator-Inzenjering also owns a lab in which each product is carefully inspected, and a product needs to be approved by a certification company in order to be put up in the market.

The company introduces at least two new products and is among the best in Serbia when it comes to innovation. The development of new products is carried out in teams, with several stages of checkups and solutions.

A new challenge arrives in June, when Radojko Janic will represent Serbia at the global EY Entrepreneur of the Year awards as the winner of the 2016 local award.

Strong, high-capacity boilers produced by Radijator-Inzenjering are exported to England, Finland and Sweden. The capacities range from 240 to 550 kW. They also export to Russia, which has considerably weakened as a market since August 2015. The company has compensated for this by focusing on the English market.

The reorientation from the Russian to the English market was first conducted very carefully, after which they approached the market more intensively in cooperation with an Austrian partner, proving that their quality and prices make them very competitive with European companies.

This year, they expect to sell boilers worth EUR 2 million in the English market. The majority of those sold in England are boilers of 500 kW to 1 MW, which are difficult to ship to England as they can weigh up to 23 and a half tons.