Robert Gasser, General Manager of Courtyard by Marriott Belgrade City Center – I'd like to see a hotel with an amusement park in Belgrade 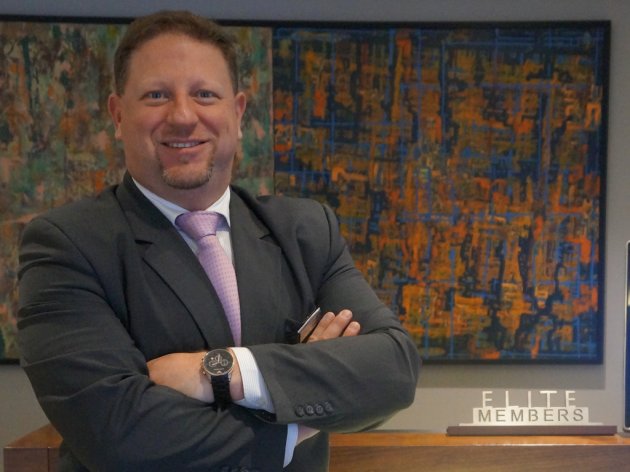 Robert Gasser
The first year of operations of the Belgrade-based hotel Courtyard by Marriott City Center has been completed very successfully, and the quality of service has already brought them the title of the no. 1 Courtyard hotel in Europe.

Robert Gasser, who was appointed General Manager in early 2017, says in his interview for eKapija that, following the establishment of good foundations, they will focus on expanding the market and attracting guests from the Scandinavian countries, both tourists and those from the MICE sector, in 2017.

Thanks to its excellent location on the Republic Square, in the very heart of Belgrade, Marriott is interesting to various groups of guests, from business people to those visiting Serbia as tourists. Starting next month, guests will be able to attend various promotions at the hotel restaurant and the Credo pub, whereas smokers have been provided with their own corner – the Credo balcony.

In his interview for eKapija, Gasser also comments on the state of the hotel market in Belgrade, emphasizing that he would like to see a hotel with an amusement park in Belgrade in the future.

eKapija: You now have a year of operations behind you. How satisfied are you with the results? How many guests were there and what was the average room occupancy? What was it that marked the year 2016?

– As the year 2016 was the first year of our operations, I can say that we have set our goals well, but also the level of quality with which we want to achieve them. Thanks to an excellent location, we managed to accommodate more than 18,000 guests, and the average occupancy in 2016 amounted to over 70%, far above our expectations.

We have established the foundations when it comes to providing quality service, which has earned us the title of the no. 1 Courtyard hotel in Europe. This is a unique success within our brand.

eKapija: Who are the guests of Courtyard by Marriott Belgrade City Center and what is your target group? 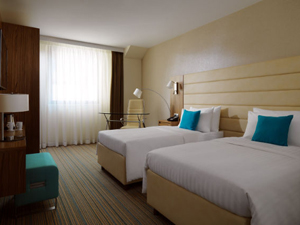 (Photo: marriott.com)
– Considering our capacity of 114 rooms, we can focus on all kinds of guests, from tourists to business people. Again, thanks to its location, our hotel is interesting to those who visit Belgrade throughout the week. During the working days, our guests are those who are visiting Belgrade on business, whereas, on weekends, we greet tourists.

eKapija: Aside from its remarkable location, what is the most important characteristic of your hotel and what makes you stand out from the competition?

– The location is certainly our main asset. The view to the very center of the city is something everyone likes, whether you've just sat down for a coffee or to enjoy our homemade cake. Another great feature is that we are one of the rare facilities designated as non-smoking, while still keeping the market in mind by securing a smoking area – the Credo balcony. Smokers and non-smokers alike have praised this.

eKapija: Following a successful start, what will you focus on in 2017?

– Last year's focus was on establishing successful operations, whereas our 2017 strategy will be oriented towards expanding the market to new countries and presenting Belgrade as a destination one cant' miss. One of the first steps to that end is to introduce the Scandinavian countries to our offer, tourists above all, but also the MICE market, focusing especially on the summer and autumn season.

eKapija: Which additional features does Marriott provide its guests with and are you preparing any innovations in that field for the coming period?

– This year will be oriented towards promoting the offer of the Credo restaurant and pub. We want to counter the prejudices about hotel restaurants and show that quality service and quality food are available at affordable prices. To that end, we have created promotional campaigns, to be conducted throughout the year, which serve to invite the people of Belgrade to visit us and make sure of our quality themselves. Beginning with April, guests will be able to visit us every day and enjoy a varied offer, from Wednesday's Ladies' Nights, with 50% discount on cake and local drinks for ladies, through cocktail and music nights, to the pasta program on weekends...

eKapija: You arrived to the Belgrade hotel after working in numerous cities within the Marriott chain throughout the world. What have your impressions been so far? What makes your new function different from the jobs you've held so far?

– I've fallen in love with the city, its people, the hotel and our young team. Personally, I see a lot of opportunities for Belgrade when it comes to tourism and the hotel business. The biggest differences between Belgrade and other European cities, such as Prague, Budapest and Copenhagen, is that their managements have developed a strong marketing network around tourism. That's where the biggest potential for the development of Belgrade lies. 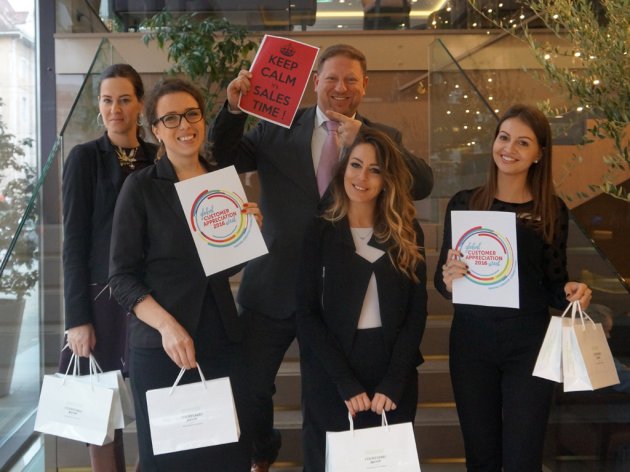 Robert Gasser with team members
eKapija: What is your estimate of the state of the hotel business in the capital of Serbia? What is the offer of Belgrade hotels like and does it meet the demand? Do you believe that we lack certain capacities?

– Belgrade has hotels in all categories from those with one to those with five stars. I'd like to see a kind of resort hotel in Belgrade, or maybe even a hotel with an amusement park, as I believe that it would contribute to the promotion of the city on many levels. This is exactly what has been accomplished by the opening of the amusement tourist park in Copenhagen, where the number of tourists has risen by 70%.

eKapija: One of the important aspects of Marriott International is socially responsible business. To what extent does Belgrade follow this trend?

– One of the 5 key points in Marriott International's operations is the fact that it takes care of the community. We took part in the humanitarian action “You Eat, We Give”, within which part of the proceeds from the sale of Credo burgers was donated to SOS children's villages of Serbia. This is only the beginning, as we plan to host young people from SOS children's villages during the summer and provide them with an opportunity to learn something about the way a hotel operates. Daily actions through which we help the community are a part of our operations and you can often see us taking care of the environment, planting trees etc.

eKapija: In your opinion, what are the key factors that go into any hotel's successful operations?

– That is one of the questions all successful managers must ask themselves. Just by investing in the team and having good relations with every member can stimulate each one of them to give it their best. This makes them, but also the guests and the company's clients, satisfied. By taking a strong initiative and being creative, each member of the Courtyard Belgrade City Center team has contributed to our successful operations. At the same time, this is my biggest success as well.