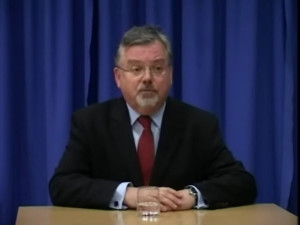 Janez Fajfar (Photo: YouTube/screenshot)
An island with a small church and an old castle on the cave above Lake Bled is perhaps the most recognizable image of Slovenia. This lake is certainly the most famous symbol of the country’s tourism and the reason why the municipality of Bled is known to the public as an attractive tourist destination.

In winter, guests have 6,000 beds at their disposal, whereas in the summer season, the area around Lake Bled can accommodate 7,000 guests. It’s hard to measure the revenues from the tourism, as Janez Fajfar, Mayor of the Municipality of Bled, says in his interview for eKapija, but the tourism tax brings them around EUR 1 million a year. This amounts to around 8% of the municipality’s total revenues and the money is reinvested in the development of tourism through promotion, development of the environment and other activities.

We talked to Mayor Fajfar about new features at the lake, the experience Serbia might implement in its tourist centers, cooperation of the countries in the region and keeping this tourist destination unique.

– In 2016, we had slightly over 400,000 tourists, with nearly 900,000 overnight stays. The majority came from England, Italy and Germany, whereas guests from Serbia made for 2% of overnight stays in Bled – Fajfar says in his interview for our portal.

The mayor, who was appointed to the position in 2006, also announces new accommodation capacities in the coming period.

– The construction of another hotel with up to 150 rooms and several smaller hotels with 50 rooms has been planned, but it all depends on private initiative.

When asked what the cooperation with private investors is like, what they are doing to stimulate investments and whether certain benefits are offered, our interviewee notes that the municipality secures urban requirements and support in certain locations and points out that the development of private accommodation (up to 50% of an individual house’s floor plan allowed) has been moving up. 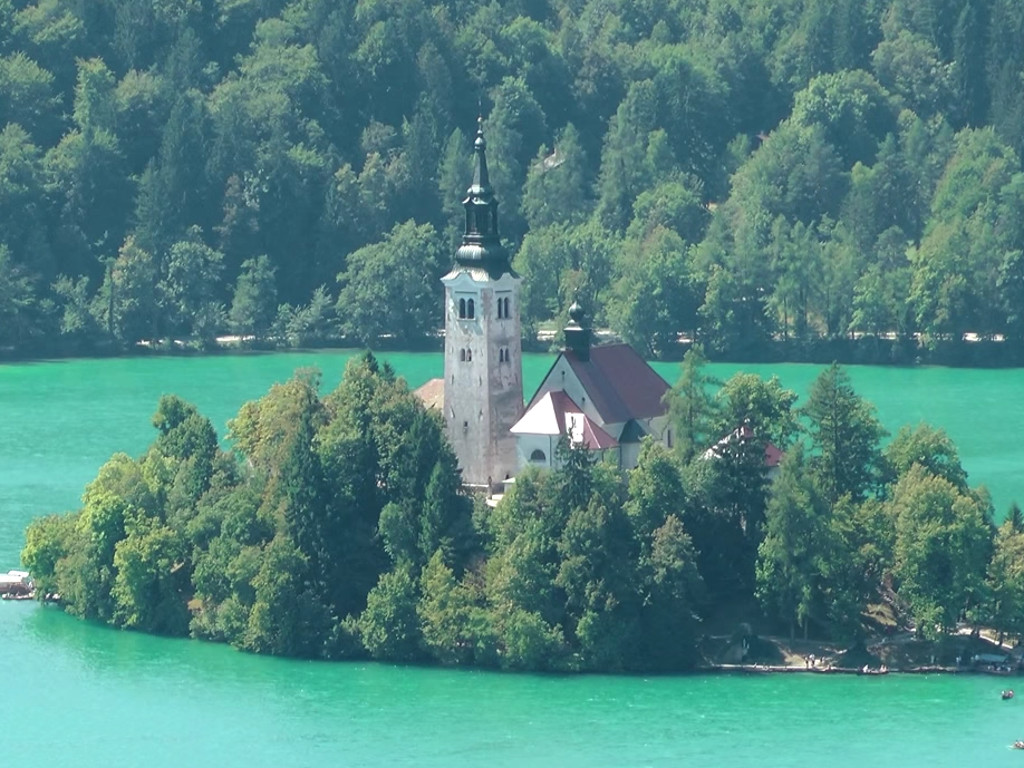 The Bled Island (Photo: YouTube/screenshot)
Despite great interest of investors and requests for construction in close proximity to the lake, Bled has managed to remain an elite tourist complex throughout the years, which cannot be said for numerous tourist centers in Serbia. This, as our interviewee says, is achieved by restrictions through urban plans and the management and maintenance of natural values – coasts and forest in close proximity to the lake.

– We have mostly not had problems with illegal building and it is connected to side facilities, garages and smaller gardens in most cases – Fajfar adds.

Among the special features of tourism in Bled are tourist farms. Serbia also has beautiful village farms and it seems that the model might be successfully implemented locally. The location is of crucial importance when it comes to making the model sustainable, Fajfar says.

– In Bled, the proximity of the lake is the crucial factor, but there are other important factors as well – above all the environment, nature and local products.

– Lakes and their coasts need to be cleaned, the coastal area needs to be developed and recreation infrastructure, such as running and bicycle tracks and piers, needs to be built – Fajfar says and points out a very good cooperation with local self-governments in Serbia, especially with the Belgrade municipalities of Vracar and Rakovica, as well as the City of Subotica.

Agricultural products are the future

In addition to tourism, which is the main industry in Bled with its numerous hotels, boarding houses, village and youth tourism and camping next to the lake, the backbone of the municipality’s economy also comprises forestry, carpentry, energy solutions, numerous small private companies, as well as a large number of individuals working online from home.

– We nevertheless see the biggest potential for development in producing local goods, above all in the fields of fruit growing, production of cheese and meat and agriculture as a whole – Fajfar adds.

The mayor announced works on the future northern and southern bypass roads as the most important project in the municipality in 2017. The aim, as he says, is to solve the question of traffic through Bled.

A view to the Bled Castle (Photo: Aleksandar Parezanović)
History of congress tourism

Bled has been active in the world conference scene for almost three decades, and congress tourism has been estimated as a great potential of South East Europe. Experts therefore point out that cities in the region might join forces to that end.

– Again, the location and accessibility – the proximity of an airport and other infrastructure, as well the congress infrastructure of the destination itself – are the most important. Bled’s target in congresses and other business events is up to 500 people, due to limited capacities of the Festival Hall – eKapija’s interviewee says and reminds that, in 1986, Albatros, the first private congress tourism agency in any socialist country, was founded in Bled.

Walking along the lake coast, riding in a coach, sailing to the island by a rowing boat or the traditional Pletna boat, the bell tower of the church on the island, climbing the stairs through the forest beneath the cave to the castle are just some of the indelible memories each guest takes away from Bled.

The biggest attraction is Lake Bled itself, with around fifteen streams flowing into it. The Bled Island is the only natural island in Slovenia, and the old Bled Castle (Blejski grad in Slovenian) has stood on the cave, 130 meters above the lake, for more than a thousand years. Vila Bled, former residence of Josip Broz Tito, which was turned into a luxury hotel in 1984, is an attraction unto itself, as are numerous restaurants and gift shops.