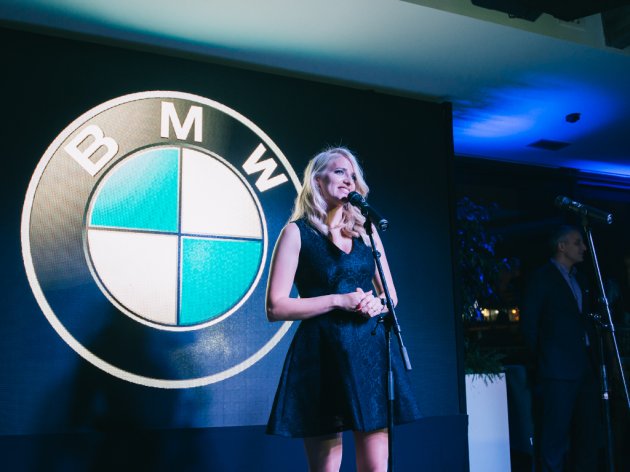 Aleksandra Djurdjevic
She enrolled at the Faculty of Philosophy with an idea to change the world. Following her senior year, she stayed at the faculty, believing that she would work in scientific research, but her need for greater dynamics, quick changes and independence caused her to move one year later to the McCann Erickson agency, and then to the car industry and the world of real estate. Today, Aleksandra Djurdjevic is at the helm of the Delta Auto Group and she says that, after 10 years, she doesn't see herself as “a woman in a male world of cars”, because she's very familiar with the field.

– I've always felt great need for arranging systems, organizing ambitious projects and achieving goals set high. On the other hand, I enjoy spending time and working with smart, creative and hard working people and I continue to surround myself with them. Some roles we play in our lives are chosen by us, whereas some others are simply meant for us. Along the way, we learn who we are – Aleksandra begins her life story.

By her own admission, she has missed an opportunity to see what life is like in some other countries several times and she sometimes wonders what her life would look like had she chosen otherwise. Nevertheless, she is aware that her ties to her family, friends and the country she grew up in would always take precedence.

Aleksandra Djurdjevic says that her childhood was quite happy, despite the circumstances in which her generation was growing up. Throughout her education, and especially during her studies, she traveled a lot and took part in numerous NGO projects.

– My first job, at McCann Erickson, was very demanding, but those few years were very constructive regarding my view of business. From there, I moved on to Delta Automoto (Honda, Fiat, Alfa, Lancia), where I managed the marketing sector. Afterwards, I was appointed director of Honda, where I stayed for three years, acquiring great experience in managing a complex organization and various sectors – eKapija's interviewee emphasizes.

After working in the car industry, she spent a year in a completely different sphere altogether – real estate, in the company Delta Real Estate, as the development manager, where she experienced some different aspects of business, which have almost nothing in common with her experience up till then.

– It seems to me that the position taught me what my reach was. After that, I returned to the car business, as the CEO of the Delta Auto Group and, aside from Honda, included BMW and MINI brands as well, from which I have learned so much in these nine months.

Aleksandra points out that quick and sudden changes often require superhuman efforts of the entire organization – from the dramatic 2008 fall of the car industry, to natural disasters (Japan) and changes of course turning the entire business upside down in a day. In her case, the switches between areas (car industry, real estate) have been considerable as well, requiring a lot of learning, faith in oneself and self-confidence. 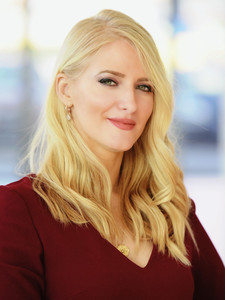 – I have been in the car industry for nearly ten years, so I don't see myself as a woman in a “male world” of cars, that is, as something out of the ordinary, as I know the field very well. Furthermore, the company I work in takes care to promote the culture in which women have an equal position, so women in managerial positions are far from being a rare occurrence. Whether it's male or female colleagues, young employees or those with many years of service behind them, we all communicate and work in line with the only acceptable principle, the one of equality.

She says that she has learned a lot about cars in this business, but also about how quickly the industry changes. Six months after its premiere, a car model is no longer considered new, and we probably can't even imagine how drastically different the car segment in a relatively close future will be.

– I have learned even more about customers' desires and needs and about how to approach this complex task. Car manufacturers strive to meet the increasingly complex demands and needs of their clients as well as possible, and that's precisely where the future of sales is – in implementing as many true innovations as quickly as possible.

Demanding of herself and others

Aleksandra points out that she is very operative and that she likes to keep the job “in her hands” in order to communicate directly to her colleagues whenever possible. She makes great efforts to remain just and consistent, as this is the only way to cooperate with the team and the clients.

– I used to view things dramatically before, whereas now I'm aware how fun, quick and changeable this business can be. I've learned that dedication is crucial and that two things are always apparent – how much or how little someone is working. Everything comes into its own at the end. As well, it's always good to fight for one's beliefs and ideas, as it's impossible to succeed by being silent about them. It's important to be brave in making innovations and to be the best at what one does.

Our interviewee says that she is talented when it comes to people and interpersonal relations. She's a good listener and gives useful advice, though not always to herself. She highlights her faith in people and great potentials as one of her virtues. Still, her demands are high as well. She values hard work and desire for professional development in her colleagues, expertise and dedication, and even an occasional bout of professional stubbornness.

– The company I've been working in for almost a decade now invests in people and insists on modernizing the processes, educating and motivating people to want to stay in the company and not want to go anywhere else. 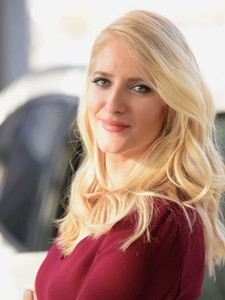 Delta Automoto's business plans for the next year are highly ambitious as well. For example, the implementation of new programs in the segment of hybrid and electric cars is being planned.

– This is going to be a challenge, considering how underdeveloped the infrastructure and the regulation in our country are. That is, they don't exist. However, BMW, as one of the global leaders in this area, will get involved, providing suggestions and solutions, as in nearly all the countries of the region, and we believe that, with this segment as well, we will be a step closer to the European standards as a state. Furthermore, the international automobile fair BG Car Show is held next year, as well as presentations of new BMW, MINI and Honda models, which are key events each year, placing high demands on the market – Aleksandra says.

Traveling as the greatest passion

Our interviewee loves animals and nature very much, and traveling is her biggest passion.

– I love to travel to faraway places and meet completely different, incredible aspects of the world. I love the Far East, I love Africa, such trips always infuse me with a dose of reality, the scope and the magnificence of the world we live in.

What little precious free time she has she likes to spend with her friends, and it's the most important to her for it to be quality, dynamic and creative time. Her past few months have been very intensive, so she tries to spend each free moment with her family.

At the moment, she considers “the level of self-awareness and key life values, which haven't changed or become corrupt with time” to be her greatest success in life. She points out that it is important for an individual to be aware of who they are, regardless of the position they're in, and that they shouldn't allow this circumstance to alter them drastically. Regarding business, she highlights her leadership results on several occasions and her best practice position, awarded by foreign partners for BMW and Honda operations in our country, as her successes.

– Life value priorities change with time. I place motherhood and family first, but my world currently revolves around my friends and my career.

She values empathy, sense of justice and kindness highly and claims that she finds it impossible to admire the success of people who lack these qualities. She seeks to surround herself with optimistic, smart and good people and work on herself accordingly, as “this is what always needs to win”.

– My main life motive, just like any other parent's, is to set my child on the right track, governed by true values, and to have it grow up in a happy family. I am the type of a person who seeks to solve problems and organize things so that they can function properly. Even though I love my job and enjoy working with my team, the end result is that I spend a lot of time being tense and in a hurry. At this point in life, one of my key motives is to establish a balance between important things in life – Aleksandra Djurdjevic concludes her interview for eKapija.