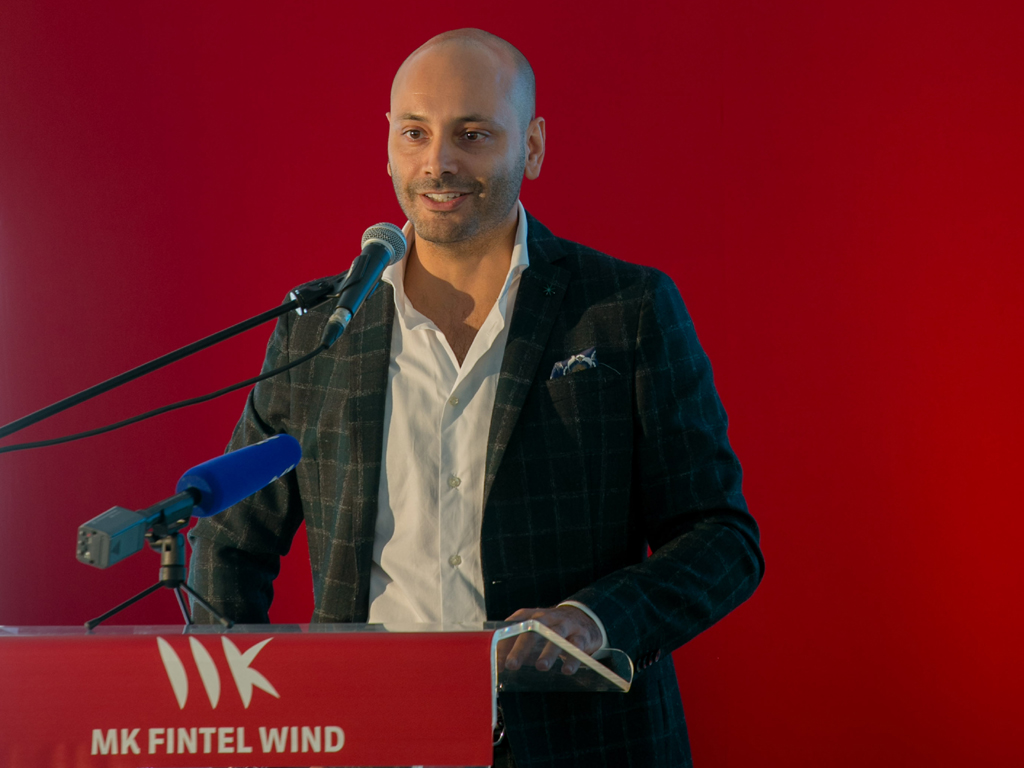 Tiziano Giovannetti
In October this year, MK Fintel Wind opened in Zagajica near Vrsac the first wind park in southern Banat. The company plans is planning to build another one in Vrsac and energy plants in Veliko Gradiste. These projects, other plans, as well as onhow much Serbia is suitable and what conditions it provides for investments in renewable energy sources, we spoke with the CEO of Fintel Energia Spa and MKFintel

eKapija: You have recently opened the first wind park in the southern Banat. What does La Piccolina mean for the citizens of this part of Serbia and how many of them will, thanks to this project, will be supplied with electricity?

- After we opened last year the first wind park in Serbia, in Kula, the company continued to expand green energy facilities. At the beginning of October in the village of Zagajica, nearVrsac, we have officially released generators in regular production of electricity. Total expected production of energy, which is completely pure, on an annual basis will be about twenty gigawatts, enough energy for about 5,500citizens of Vrsac and households from the surrounding villages, but entire energy sector of Serbia will in fact benefit from it.

eKapija: How much funds was invested in this project and what is the total expect production at the annual level?

- MK Fintel Wind over the years invested huge funds in the project, through recruiting people, purchase of land, soil, fees for permits, preparation of technical documentation and other steps that were necessary, and all these funds went directly to the Serbian economy. In the building we invested more than EUR 10 m.

eKapija: How many people were engaged at the works implementation and preparations and how many of them now when the project is alive?

- The first works in Zagajica started in October 2016 and 100 workers of different profiles were engaged in the construction while at the moment, maintenance, production parameters monitoring and La Piccolina wind par exploitation comprises 20 people.

eKapija: What was cooperation of Italian and Serbian companies like on this project? Which experience can they exchange?

-I would like to praise all local companies and workers who were employed in the construction, and who shared their extensive experience gained during the construction of the first wind park generously and during construction of Mala (La Piccolina), which not only accelerated and facilitated the process, but we additionally improved the quality of our associates. Thus, we further improved their knowledge and skills in various fields, with the objective that in the future this type of projects can be managed independently from our own resources. 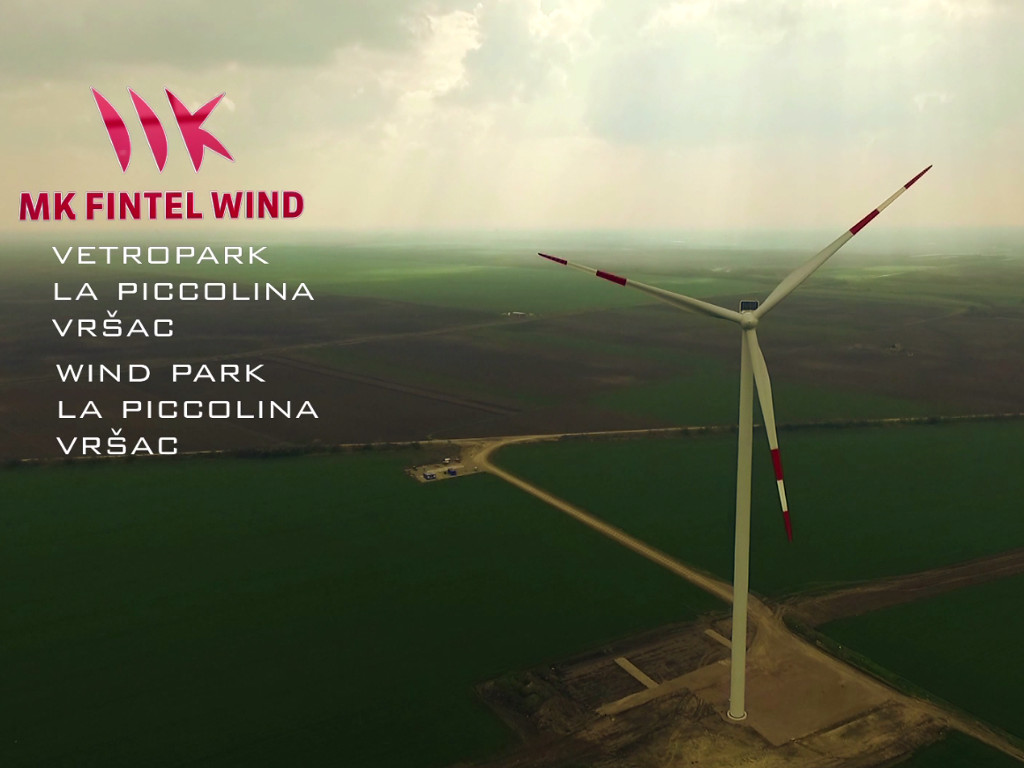 eKapija: The first wind park of your company in Serbia was built near Kula. What is annual production output and how many citizens does it supply with electricity thanks to it?

- Wind park in Kula operates in the best way. It was developed for winds with a bit lower speeds which feature this area and in a bit more than seven months, production has been satisfactory. There were no technical problems and as for now it has been running smoothly. Through wind parks construction in Kula we contributed to domestic energy sector strengthening and overall energy security.

eKapija: After La Piccolina, MK Fintel Wind is planning to build another wind park in Vrsac with higher capacity of up to 20 wind turbines.

- Now we are putting all efforts into preparations for Kosava wind park construction start. It is next, very serious challenge we will meet. Construction organization, construction as well as assembling of such a huge wind park will be very demanding challenge.

eKapija: You have announced similar projects in Veliko Gradiste. When are you planning that investment and when can we expect the works to start?

- Apart projects in Vojvodina, we received a permit for construction and operation of wind power supply plant of 9,225 MW in Veliko Gradiste, in central Serbia. It is a wind park Ram, which should generate green energy for around 7,000 households. A subsidiary, Vetropark RAM, will manage this wind park where Fintel Energia Group SpA has a- 54% stake through MK Fintel Wind, while MK Holding has the remaining 46%.

eKapija: Are you planning to start additional wind parks in our country and in which areas? Is Serbia generally suitable and what are the conditions for such projects?

eKapija: It is planned that by 2020 Serbia gets 27% of electricity from renewable energy sources. In your opinion, are there capacities for our country to fulfill this object

- The construction of two wind parks in Serbia resulted in nearing the achievement of this objective in gross final electricity consumption by the end of 2020. If we want to join EU, we need to focus on energy resources diversification because increase in production capacity which use their own resources no doubt strengthens economic stability and independence of the country.