Marinos Vathis, chairman of Executive Board of Vojvodjanska Banka - Only way to tackle non-performing loans is to develop economy 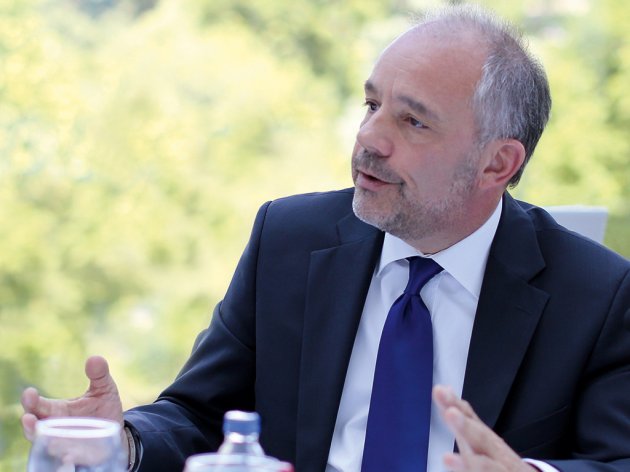 Marinos Vathis
The Government of Serbia has recently adopted the Strategy for Tackling Non-Performing Loans (NPL), which calls for the upgrade of capacity of banks and government institutions to address this problem that has been burdening banks, the state, citizens and the economy for a long time now.
Marinos Vathis, the chairman of the Executive Board of Vojvodjanska Banka, says in a talk with eKapija that he welcomes the adoption of the Strategy as a very detailed document that covers all aspects of the problem with non-performing loans, except for the possibility of selling people's claims to third parties other than banks.
Mr. Vathis notes that the Strategy lists all the problems experienced by bankers as well as all suggested solutions to these problems, adding that they find it especially important that the state recognized the necessity for improving judicial and extrajudicial restructuring and bankruptcy proceedings, appraisal of pledged assets, capacity and competence of courts, as well as for removing tax obstacles.
He points out that, given the complexity of this problem, it is necessary for the public and private sector to join forces and get harmonized, adding that banks should have a choice of how to tackle the problem of non-performing loans - through a write-off, sale, or something else.
eKapija: The Government simultaneously passed the Strategy and the Action Plan for its implementation. Do you believe that deadlines for the banking sector specified in the Action Plan were realistic and meetable?
- At first sight, the Action Plan that the Government of Serbia adopted seems to be focusing primarily on the actions taken by ministries and amendments to regulations, which, you will probably agree, is not appropriate for me to comment on as a representative of the private sector. But I can say that the Action Plan for the implementation of this Strategy adopted by the National Bank of Serbia contains a comprehensive activity plan and, what is even more important, expected results with meetable deadlines.
eKapija: How satisfied are you with the previous actions taken by the state and central bank in addressing the problem of non-performing loans?
- The problem of non-performing loans is a long time problem that has been accumulating over time and now threatens to endanger the lending activity and even the economic growth of the country. A drop in the purchasing power and aggreggate demand, high percentage of uncollectible receivables and, consequently, jeopardized liquidity represent the greatest challenges we are faced with.
The only way to deal with them is that the state provides a good business environment, first by passing suitable framework laws and then by efficiently applying these laws and conducting a credible economic policy. Comprehensive reforms with the application of the adopted Strategy are a safe way toward a solution to non-performing loans as well as toward attracting serious foreign direct investments without which the economic recovery won't be possible. 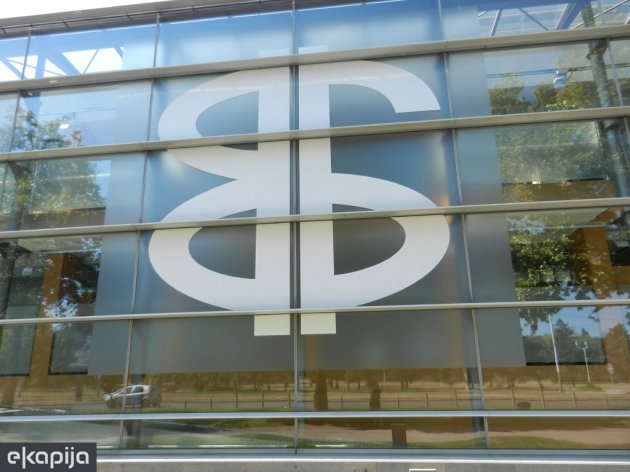 Otherwise, high percentage of non-performing loans has an adverse effect on banks' tendency to take the risk and on credit growth, posing a systemic risk. Therefore, we are satisfied with the actions taken by the state in terms of recognition and adoption of certain provisions by the Government, but competent institutions still have room to improve their efficiency in enforcing these laws, and by 'competent institutions' I primarily mean courts, cadastres, bankruptcy managers... This Strategy is a really big step forward.
eKapija: What is the ratio of non-performing loans to the total value of loans approved by your bank?
- Vojvodjanska Banka has proved that a good risk assessment policy was crucial for successful operations as well as our clients. We have successfully increased overall lending and kept the percentage of non-performing loans much below market average. It is of crucial importance for banks to have strong lending to the economy sector without negative impact on the overall business growth.
eKapija: How does the structure of debtors look like? What are the industries where most of them operate in?
- I've read somewhere that every second construction company and every fourth trade or processing company has a problem, which is primarily a problem of the real economy. By far the highest percentage of risky loans in Vojvodjanska Banka is approved to clients engaged in wholesale and retail trade.
eKapija: What percentage of non-performing loans is extended to bankrupted companies?
- In Vojvodjanska Banka, much less than the market average of 20.2%.
eKapija: Banks are currently not allowed to sell citizens' claims to third parties other than banks. Do you think this solution should be reconsidered when it comes to NPLs?
- Clients are afraid that in order to tackle non-performing loans, the bank can sell their debts to various debt collection agencies. However, this fear can be unfounded because there are professional agencies in that business in developed and sophisticated markets which address this problem with more attention, more knowledge and experience, offering clients structured and more favorable solutions than banks do.
In any case, I will reiterate that banks should have a choice of how to address the problem of non-performing loans, including the possibility of selling citizens' claims if they think it's the right thing to do. On the other hand, the agencies buying such claims should be strictly regulated and supervised in order to ensure a professional and human relationship with citizens.
eKapija: In what way has your bank coped with the problem of non-performing loans so far? 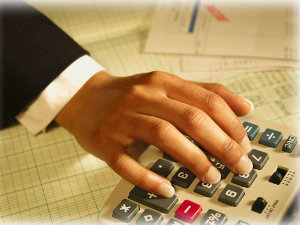 - The problem of non-performing loans relates to a generally bad situation in economy, and the only long-term solution to this problem is to stabilize economic conditions and business growth. Banks must eliminate non-performing loans from their balance sheets to get fresh money and increase liquidity so they could engage in their core activity -healthy lending. The number of countries where central and commercial banks work together on this problem is constantly growing, and it will inevitably happen in our country as well.
eKapija: Does the economy sector express interest in new loans?
- Interest in getting a loan is always there, but the number of creditworthy companies is on a decline, and that's where the problem lies.
eKapija: What is the most common reason that companies cite when applying for a loan?
- Unfortunately, maintaining the liquidity has become a primary goal of most of the Serbian economy sector in the past few years, which is why the credit demand has long been focused primarily on loans for maintaining the liquidity and financing the working capital.
SPECIAL ATTENTION PAID TO SUPPORT TO SMALL AND MEDIUM-SIZED ENTERPRISES
- We have a wide range of products and services and cherish a close relationship with our clients in terms of advising and educating them on one hand and adapting the products to fit their needs on the other. Special attention is paid to support to small and medium-sized enterprises, primarily financial and consulting support through four regional business centers which are strategically located in Belgrade, Novi Sad, Subotica and Kragujevac.
Companies:
Vojvođanska banka a.d. Novi Sad
Vlada Republike Srbije Beograd
Narodna banka Srbije Beograd
Tags:
Marinos Vathis
Strategy for Tackling Non Performing Loans
non performing loan
NPL
personal bankruptcy
National Bank of Serbia
uncollectible receivables
lending to economy
Share: