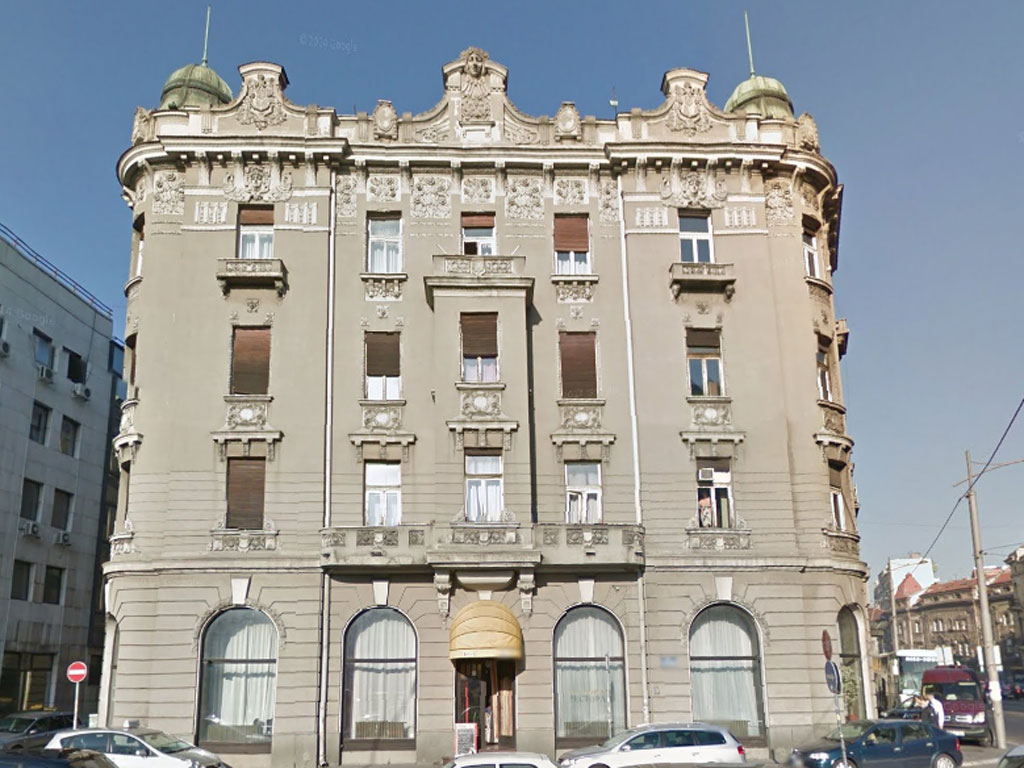 (Photo: Google Maps/screenshot)
This February, with the restoration of the façade, the reconstruction of Hotel Bristor, one of the symbols of the capital of Serbia from the beginning of the 20th century, when Savamala was the center of high-class life in Belgrade, began, announced the company Belgrade Waterfront.

– This masterpiece of the famous Serbian architect Nikola Nestorovic is returning to the map of the most prestigious places in Belgrade and getting ready to shine the way it hasn’t for decades. Sixteen top-quality artists, as well as three of the remaining five ornament craftsmen in Serbia, are hired for the restoration of the façade of the cult Belgrade hotel, which is now located within the Belgrade Waterfront – the announcement says.

It is added that the works on the reconstruction of Bristol are done by the construction company KOTO doo.

According to Blagoje Mickovic, the director of ALP Inzenjering, which is a subcontractor on the project, the main task of the restorers is to preserve the original façade architecture and for it to be brought back to its original state as much as possible.

– The restoration of Bristol began with the cleaning of the façade, and then the experts determined the state of it. The parts which had been ruined or broken were replaced with new ones, and those that had merely eroded, but are in good condition, were restored – Mickovic says and emphasizes that the works are slowly being brought to a close. 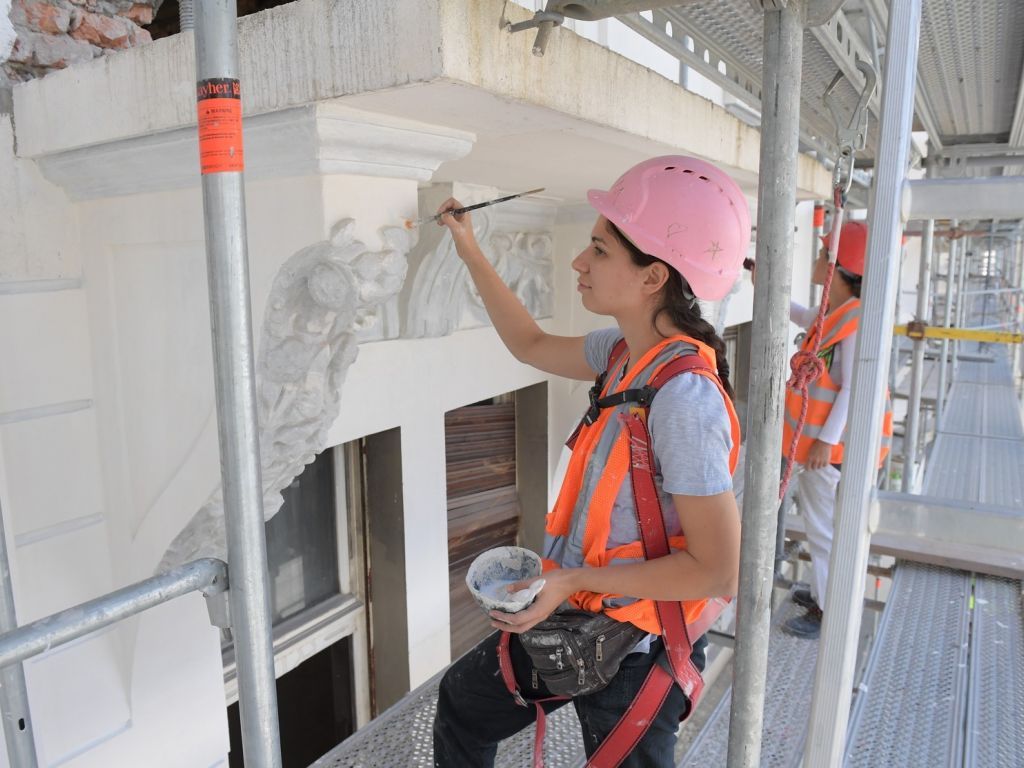 (Photo: Stella Production/Beograd na vodi)
The restoration is done in cooperation with the Institute for Protection of Cultural Monuments of the City of Belgrade.

In addition to sculptors and painters, cooperation on the reconstruction of the façade has also been established with Miroljub Stamenkovic, a former professor at the applied sculpting department at the Faculty of Applied Arts and one of our biggest experts in the field of applied sculpting, who is an expert consultant on the preparation of new and restoration of existing ornamental façade elements and a guarantee that Bristol will once again become a recognizable symbol of Belgrade, the press release says.

The main goal, it is said, is to preserve the authenticity of the hotel, considering that it is a unique facility of historical and cultural importance for Serbia. The preserved ornamental façade elements in Bristol are used as the molds for the preparation of new ones which are then mounted on the façade. The works are done by specialized sculpting and painting experts.

– The good news is that, despite the numerous devastations that Belgrade has been exposed to in the past, the façade is for the most part preserved. At the top of the building, right beneath the dome, is the façade cornice which has been protecting the parts of the façade beneath it from rain and corrosion all these years, which says enough about the architectural ingenuity of Nikola Nestorovic. By the way, Bristol has five copper domes, which are also in pretty good conditions, but they need to be cleaned and restored – Mickovic explains. 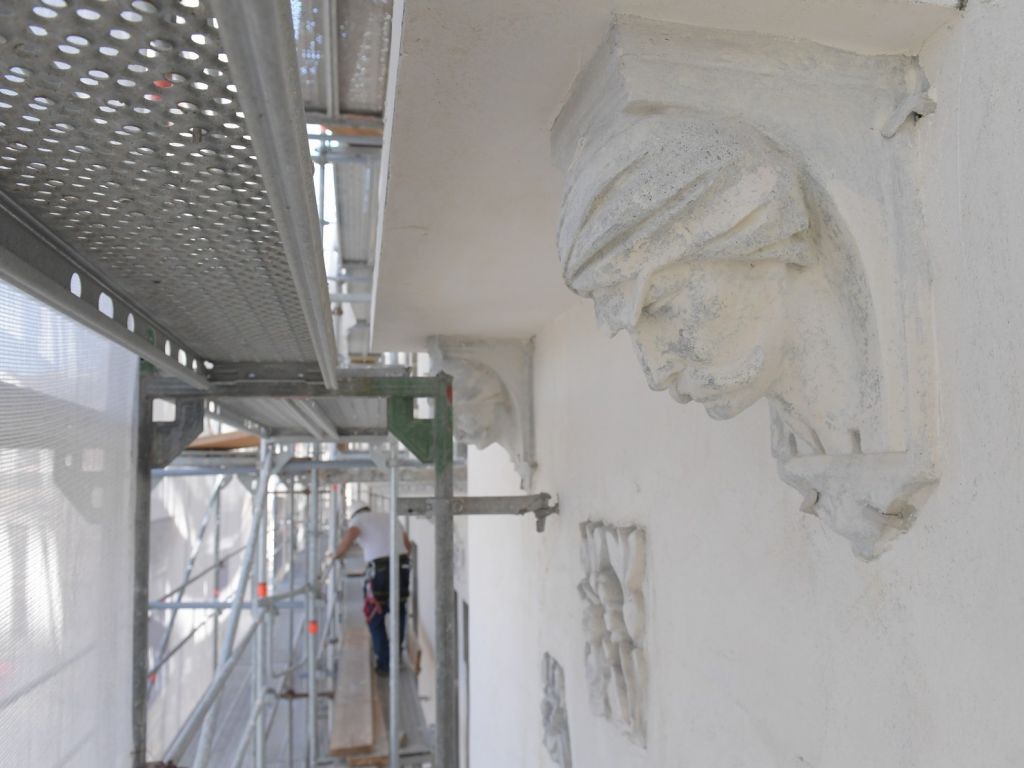 After one of the most impressive buildings of its time was raised in Belgrade in 1907 as a joint project of architects Nikola Nestorovic and Andra Strevanovic, there was an idea to build a hotel, so as to fully utilize the huge potential of the space on the coast of the Sava. The Belgrade Cooperative entrusted the job to the proven expert Nikola Nestorovic.

The construction of the hotel began in 1910 and was fully finished in 1912, and due to its exceptional beauty and significance for the urban development of Belgrade, Hotel Bristol is now an immovable cultural good and a cultural monument and is protected by the Institute for Protection of Cultural Monuments of the City of Belgrade since 1987.

For more than a century of its existence, the famous hotel has been visited by numerous famous and influential people. Among the significant guests are members of the famous Rockefeller family – John D. Rockefeller Jr., who visited Hotel Bristol in the 1920s, and his son David, who visited it in the late 1970s.

The lifelong president of the Socialist Federal Republic of Yugoslavia, Josip Broz Tito, and chess grandmaster Garry Kasparov also had the opportunity to stay at the hotel, and it is also known that Bristol was one of the favorite places of the great Momo Kapor.