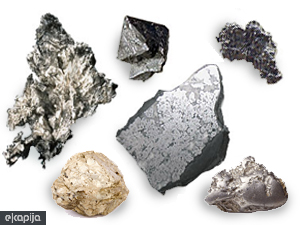 The first event, scheduled for Sunday, March 5 is the presentation of the Metal Riches of Tethyan Belt, during which two CANSEE founding members, Nevsun Resources and Mundoro Capital will present their ongoing projects in Serbia.

With the advent of modern exploration in Eastern Europe, Turkey and the former Soviet Union, the western Tethys has emerged as a province remarkably endowed with copper and gold, as well as lithium, borates, and nickel. Major discoveries have occurred in outcropping but traditionally unrecognized deposit types and new districts, as well as in concealed, blind and sub-cropping but atypical deposits within long-recognized districts. Two large Canadian based companies that are doing business in Serbia, Nevsun Resources and Mundoro Capital, will present their ongoing projects in the prominent Tethyan metallogenic belt, in order to promote potentials of Serbian mining sector.

Mundoro Capital Inc. has currently eight ongoing projects in Serbia focused on copper and gold, all of them in Timok Metallogenic Complex. Four exploration projects are in a joint venture with Japanese state owned agency JOGMEC. In March 2017, Mundoro celebrates 5 years since obtaining the first exploration license in Serbia.

The session, during which projects from Bulgaria, Macedonia, Turkey, Armenia and Serbia will be presented, focuses on several of the more significant recent discoveries, development projects, and emerging greenfield prospects, spanning a range of geologic environments, discovery histories, and development case-studies.