Preparations for parade - As October 12 traffic regime in Belgrade underway 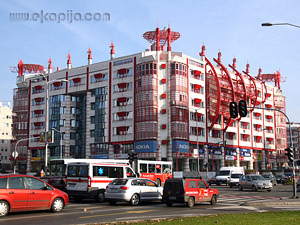 Due to the upcoming military parade which is scheduled for October 16, as of Sunday, October 12, the Joint Staff of the Army of Serbia will organize exercises at the area of Usce and Bulevar Nikole Tesle street in Belgrade, Beokom service announced.

The interested citizens of Belgrade will be able to watch the exercises of the Army of Serbia.

All traffic lines which go this route will go via alternative directions and use bus stops at Boulevard Mihajla Pupina.