Sika opens Simanovci-based plant - A total of EUR 4,2 m poured in facility for production of special materials for construction 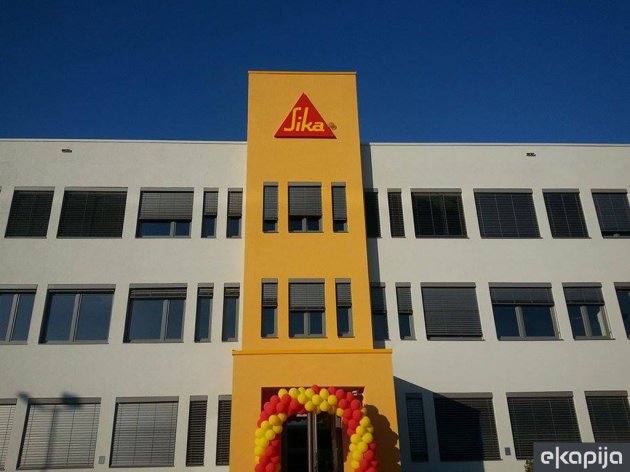 Swiss company, Sika, opened in Simanovci the plant for production of material for special purposes in construction where it poured EUR 5 francs.

The plant has the most modern technology and expands on more than 4.300m2 where 5 million Swiss francs was invested (some EUR 4, 2 mil).

The head of new Sika’ plant in Serbia, Dragan Maksimovic, said that 600 people will work in the plan and that they will produce 6.000 tons of fluid and 20.000 kg of powder products annually, mainly for Serbian and Montenegrin markets.

It is interesting that the plant, for example, produces specialized mixes for concrete packed in one to 1.200kg. It shows end buyers are very large companies and contractors as well as the ones who buy the products for “home usage”.

As Maksimovic says, "they are planning to hire dozens of people more in the next years”. He, answering the journalist’s questions, said also “that Sika did not get any subsidies from the state.”

Within the Sika plant in Simanovci, there are departments for production of liquid additives for concretes and powder products as well as the most modern laboratory. 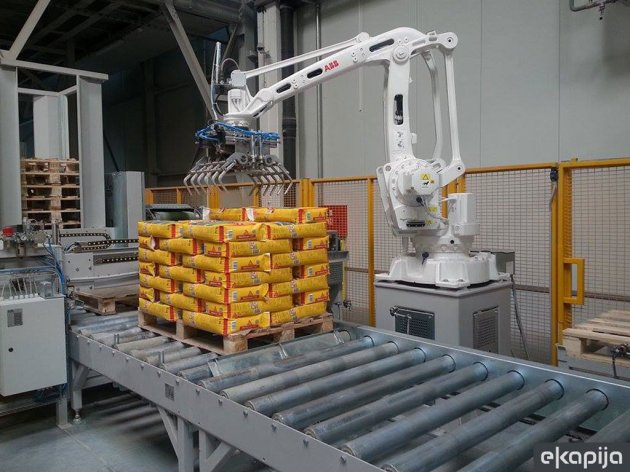 It is obvious that majority of production process is automatic. Among other things, there is a robot which can load 12.000 bags in an hour.

The robot does automatic packing, folding and stretching of powder products. Arandjelovac-based Iva procesna oprema delivered it which, from its product line for automatic packing, has been using ABB robots IRB 460 for a few years now.

Thanks to ABB’s patented software for move control, QuickMove and TrueMove palletizing runs smoothly at high speeds so extremely sensitive products can be packed also without fear they will be damaged. 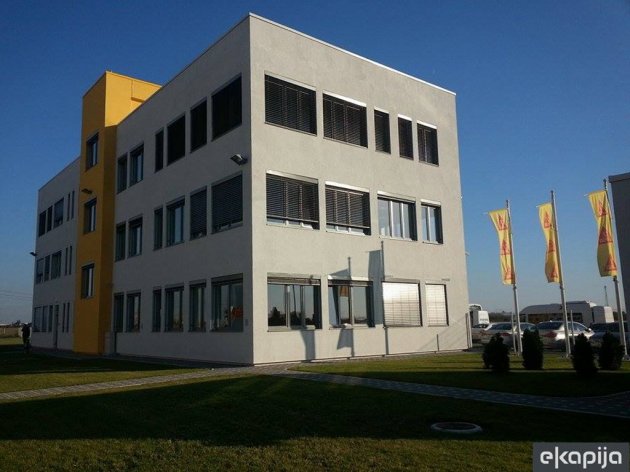 Robot palletizing, compared to classical solutions, provide greater flexibility and fast adaptation of packing lines in case of implementation of new products, options to serve a number of packing lines at the same time and less demanding maintenance. Multinational corporation, ABB, is also headquartered in Switzerland, has more than 25 years of experience in palletizing which enabled it the creation of top robotic palletizing solution.

Swiss ambassador in Serbia, Jean-Daniel Ruch sad that he is sure Sika investment will support growth and development of construction industry of Serbia.

Ruch said that the Swiss government is working on improvement of the economic situation in Serbia and supports investments of private companies, stating that in the past 10 years, Swiss companies in Serbia poured half a billion euros.

Everywhere where construction is in progress

In 84 countries worldwide where it operates, Sika employs 16.293 people and generates an annual profit of 345 million Swiss francs.

Sika has been operating in Serbia for 12 years and takes part in significant projects – the Bridge on Ada, Beska Bridge, Belville&Delta City, TC Usce,Carlsberg, Interceptor, Strazevica tunnel, Gazela, Metro, Gorenje, Airport City,a bypass around Belgrade and many others, the company announced.

In the world, more than a million facilities was made of Sika materials, such as nuclear power plant in - Gesgen-Deniken in Switzerland, Airport in Abu Dhabi, stadiums for the world championship in Brazil or Colorado bridge in USA.