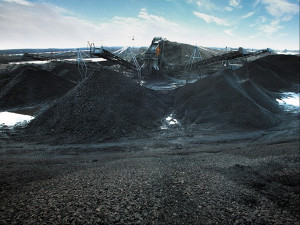 The coal mine with underwater exploitation in Kovin is listed among 502companies which the Agency for Privatization offered for sale. The first impression is that it will not be difficult for them to find a new owner because three interested buyers appeared.

One of them is Greek Titan which has already bought Kosjeric-based cement plant, then Chinese-Russian consortium with a number of companies and Kovin-based brick plant. The mine expects the company which has potential to invest to acquire them.

-The old pits have coal for exploitation for six to seven years most. But,then not all stock will be exploited because there is a new finding with reserves for 25 years of exploitation more – Kovin-based company head from, Ivica Zarkov,says.

- It is evident that a partner ready to invest would be good because this implies big investments and the construction of thermal power plant have been planned.It is not but an idea but it has realistic plans and basis.