CWE conquers SEE from Belgrade-based branch office – Chinese company is negotiating on hydro central at the Moraca, reversible HE Bistrica back in the game 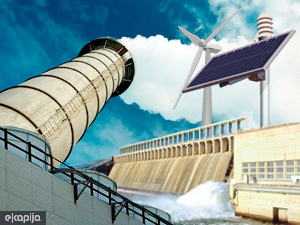 China International Water and Electric Corporation, which has recently setup a branch office in Serbia, is interested in participating in projects in the field of renewable energy sources and road infrastructure at the SEE territory and especially Serbia as the center of the region.

Friday, September 26, 2014 saw the official opening at the Crowne Plaza hotel in Novi Beograd and the company Vice President, Chen Xian Ming, said this is their 36th branch office abroad.

CWE arrived to Europe 12 years ago when it was interested in hydro central in Macedonia. The Kozjak hydro power plant was finished in 2004 and it is celebrating its 10th jubilee these days. CWE has a branch office in Macedonia and Serbia-based office is the first subsidiary of the mother company from China in Europe. This shows the Chinese definitely have intentions to intensify their role in big projects in our country. The Belgrade-based firm has two employees as for now with two managers from China.

In the upcoming period as Cheng announced, CWE will cooperate with financial institutions such as Chinese development bank which will contribute to construction and development in east Europe.

- CWE hopes that in its future business in Serbia it will hire local companies, people, equipment and materials in the largest capacity possible and thus provide significant increase in employment rate and contribute toprosperity of Serbian economy - Cheng said..

- CWE has been present for three years in Serbia. We are dealing with market research and truing to collects as many data as possible - Marko Samardzic, from newly-set up Belgrade-based CWE office says for eKapija.

- We are mainly focused on wind parks and road infrastructure projects.

Although so far, the energy sector had more contacts with the country representatives, CWE says there has been no specific deals yet. Our collocutor says that when it comes to wind parks and hydro power plants, they have not managed to find an available and adequate location for what they wanted but they will work on it in the future.

A year ago, CWE was considered one of the most serious candidates for reversible hydro central Bistrica at Lim at Nova Varos (Serbia has been waiting for it for a longtime). However, cooperation did not happen.

- Our company did the Feasibility Study but then everything was halted. Now we are trying to reactive the story – a collocutor of eKapija says, adding that these days CWE is negotiating with the government of Montenegro on the construction of the hydro central at the Moraca.

- We are relatively close to agreement but I cannot say yet whether the project is likely to start.

China International Water & Electric was previously interested in the construction of two small hydro power plants at the Zapadna Morava and representatives of the Chinese company met with local self-governance in Trstenik .They then discussed options to invest in road and utility infrastructure.

Chinese Ambassador, Li Manchang, said on Friday he thinks the company madethe right decision when it set up its branch office in Belgrade because Serbiais both geographically and politically important country in the entire SEE.

- The Embassy, with Chinese companies, is ready to do everything to promote economic, political and cultural relations and to contribute to cooperation – Manchang outlined.

CWE was set up in 1953 and in sixty years of business it generated more than800 international contracts in 70 countries and regions. The giant is among 225biggest companies for projecting and design and in China it ranks 50thwhen it comes to contracted business abroad, it was said on Friday at Crowne Plaza.