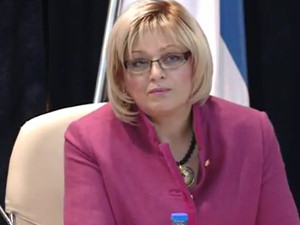 The Governor of the National Bank of Serbia, Jorgovanka Tabakovic, addressed today the letter to Prime Minister, Aleksandar Vucic, where she explained why this year’s inflation was lower than targeted (4 +- 1,5 %) and informs that NBS expects that by the end of the year it will return to target framework.

The Governor explains that inflation this year was lower than planned due to unexpectedly low food price, expected electricity price increase which did not happen and stabile foreign currency market trends.

The Executive Board of the National Bank of Serbia, as it was written, expects that inflation will go back to target framework by the end of 2014 and that it will remain within the framework in 2015.