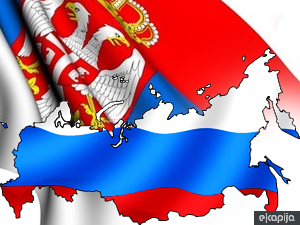 Sberbank Serbia and Sberbank Russia organized a meeting of the biggest Serbian food production companies and the biggest Russian trade chains in Moscow aiming at expansion and set up of cooperation between these companies and providing direct incentive to increase of Serbian export to the Russian Federation, Sberbank announced.

Valeriy Ovsyannikov, president of the Executive Board at Sberbank Serbia said that, Sberbank shows strong will to support and facilitate trading and other forms of economic cooperation between Russian and Serbian companies and thus contributes to development of relations between Russia and Serbia.

The meeting between the highest representatives of the Sberbank, the biggest Serbian food producers (MK Group, Neoplanta, Delta agrar and Imlek - Dunav grupa) and the biggest Russian trade chains is held at the same time when the International fair of food and beverages, World Food Moscow which is held for 23rd time and where Serbian food producers participate is taking place.