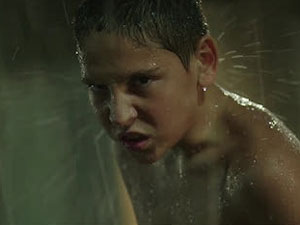 No One's Child' ('Nicije dete'), the debut film by Serbian screenwriter and director Vuk Rsumovic, won three awards at the film festival in Venice which is the biggest success of Serbian cinematography in this century! The No One's Child' movie was awarded the main prize of the Week of international movie critique at the festival in Venice. It is the RaroVideo audience award which is given for the best movie in the section based on the votes of everybody who watched the movie.

Critiques also awarded No One's Child' ('Nicije dete') with the FIPRESCI award for the best movie which comprises all works of official and parallel programs of the festival, except from the main competition one as well as with the best scenario award within the selection of the Week of the international movie critique.

The world premiere of No One's Child' ('Nicije dete') was September 4 in Venice where the movie provoked the public standing ovations and delight.

The awards No One's Child' ('Nicije dete') got in Venice is the biggest success of Serbian cinematography in this century, it was stated in the production announcement.