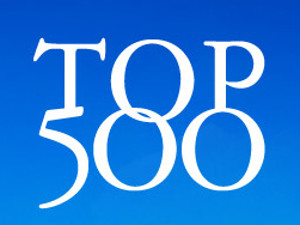 At 63rd position, among 500 biggest companies in the central Europe, this year the company which ranked the best is NIS with the profit of EUR 2, 29 billion in 2013 (jump from 78th position). The second best-ranked is EPS (85th ), followed by Fiat Automobili Srbija, which was listed for the first time as 115th . Telekom Srbija ranks as 192, Delhaize Srbija at 228, followed by EFT Investments at 261.

The first four did not undergo changes. As in the previous year, the first ranked was Polish PKN Orlen (even with a fall in profit in euros of 5,8%) followed by Hungarian MOL and Skoda auto.

The industrial sector generated the highest income growth of almost 3% in 2013 which is mainly the result of favorable car industry situation.

A total of 42 companies from Serbia, Croatia, Macedonia, Slovenia and Bosnia and Herzegovina ranked at the list of 500 biggest companies in the central Europe.