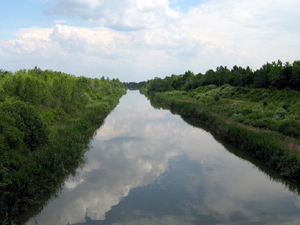 Special teams of the Oil Industry of Serbi (NIS) and subcontractor Eko Maber are fixing the oil stain in the Danube-the Tisa-The Danube canal.

Oil leaked out of the NIS’s facility on collection and dispatch in Turija (Backa section), NIS announced.

On Monday afternoon, August 25, 2014 oil leakage was noticed which happened due to a breakdown on a separator on NIS’s station – a facility over which atmosphere water is let to canal.

NIS says it took necessary steps immediately so negative effects for the environment were minimalized.

Non-governmental organization, Zelena patrol (Green patrol), announced on Tuesday it spotted a big, black, oil stain and that inspection was informed about it.