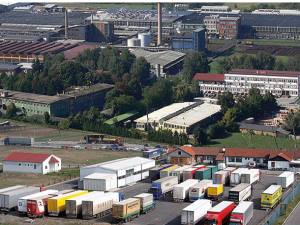 (Photo: Privredna Komora Srbije)
The Group of free zonesand customs free warehouses of the Association for trade of the Serbian Chamberof Commerce in cooperation with the World Free & Special Economic ZonesDirectory (FEMOZA), organizes the free SEE zones regional conference September18 and 19, 2014. The meeting will be held at the offices of the Serbian Chamberof Commerce in Resavska 15, in Belgrade, it was announced from the Directoratefor free zones of the Ministry of Finance.

The conference objective is to exchange experience and examples in attractinginvestments and benefits in free zones. Representatives from Croatia,Macedonia, Turkey, Bulgaria, Romania, Bosnia and Herzegovina, Montenegro,Polan, Belarus and UAE are planned to attend.

The conference media sponsor is FDI Magazine (FDI Magazine Financial Times)as the most relevant media center for evaluation and promotion of investmentlocations and benefits worldwide, it was stated in the announcement.

The conference aims at sending to all relevant institutions in the Republicof Serbia a message that free zones of Serbia have zero taxes, i.e. to generatethe most favorable environment possible to attract operations of foreignmultinational companies. Thus, all the existing companies operating in zoneswill get additional tax benefits and will be able to initiate additionalemployment of the local people with an increase of export and foreign currencyinflow to our country, it was stated in the announcement.