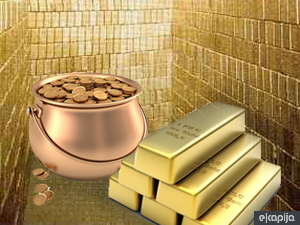 Companies based in Serbia, which conduct geological gold research, 'Avala Resources' and 'Dunav Minerals', announced today integration into one company.

- Daughter company of the canadian companies 'Avala Resources ltd' and 'Dunav Resources ltd', announce agreement on integration, as stated in the joint announcement by the two companies which are present on Toronto stock exchange.

Both companies, starting from 2010 and 2011, financed geological - research projects in Serbia.

-Merging of the two companies will bring many advantages, including integration of their geological - research activities in Serbia, and cutting down costs of management and administration, stands in the announcement.

As pointed out by the research manager of 'Avala Resources', Justin van der Toorn, the restructuring will bring financial security for further research.

He stresses out that the focus for investors and all interested parties is to continue progress.

-With that, our goal is to make savings in other business sectors, in order to continue further growth - said Van der Torn.

Last month, 'Dunav Minerals' announced that 1,25 million tons of copper and 120 tons of gold was found in Medvedja Municipality within the project 'Tulare'.

At the same time, during June, 'Avala Resources' announced the results of the Preliminary economic study for the project 'Timok', near Zagubica, with potential production of 2,5 tons of gold yearly.