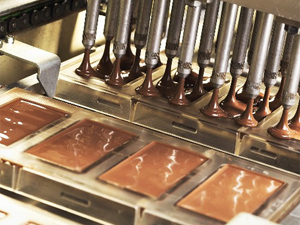 Two confectionaries from the region- Kras and Pionir – ranked at the list of one hundred biggest confectionaries in the world. The American company, Mars which produces snickers, mars, bounty and twix, is the biggest producer of candies in the world. Its turnover reached USD 17,64 billion, the research of the specialized Candyindustry review showed.

Apart from milka chocolate, Mondelez International is famous for oreo, LU and toblerone. Two years ago, the company changed the name – it is a compound of two words – mode (world) and delhaize (sweet).

The third ranked is Swiss confectionary Nestle with an annual profit of USD 11,76 billion.

The last ranked at the list of one hundred leading candy producers is Australian Darell Lea s with the profit higher than USD 100 mil.