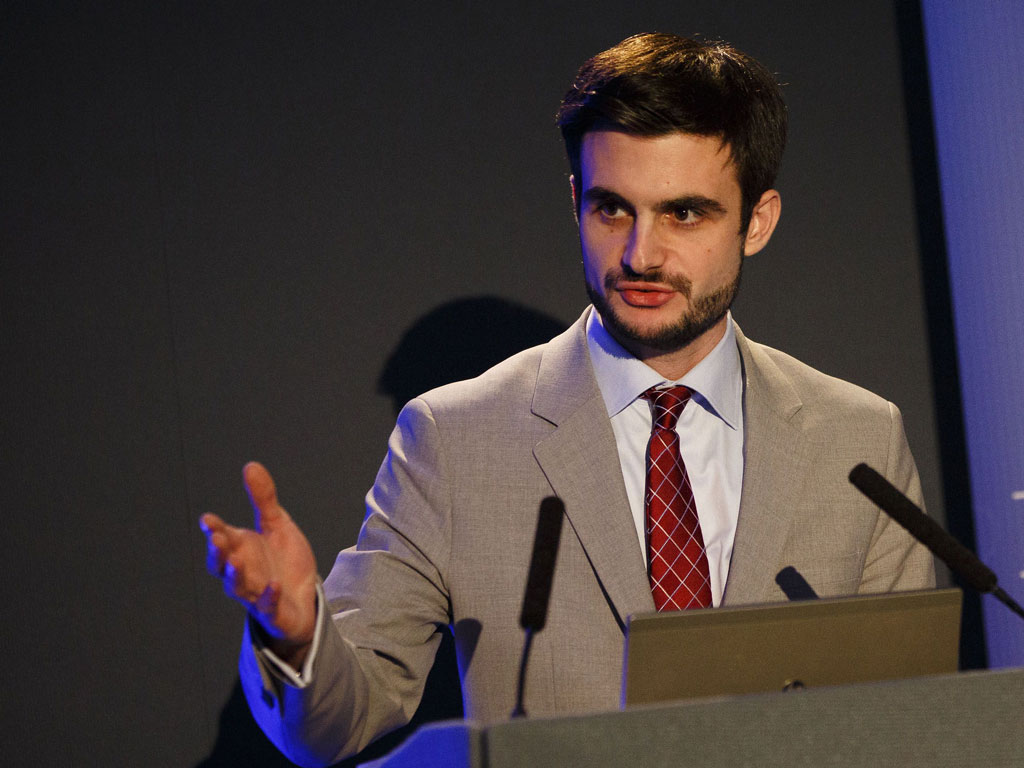 Lazar Krstic
On Saturday, the Minister of Finance, Lazar Krstic, resigned from the function and as a reason for it he stated his disagreement with Vucic when it comes to salaries and pensions decrease.

Krstic announced his decision on resignation at the press conference after the meeting of the Government of Serbia, stating that the decision was made in agreement with the Prime Minister, Aleksandar Vucic.

Krstic said that the main reason for his resignation from the Government of Serbia is the fact that he does not agree with the Serbian Prime Minister, Aleksandar Vucic, when it comes to the amount of pension and salaries decrease although he agrees with him when it comes to all essential economic measures. The Prime Minister Vucic, speaking after the speech of Krstic, confirmed that disagreement was caused by “figures”.

- I asked a difficult program to be implemented, unimaginable for our environment and only some of them are pension decrease of 20% minimum, salary decrease in public sector of at least 15%, lays off for 160.000 people in the next two years and the things which must happen after the floods, an increase of electricity of 30% - Krstic said.

- Apart from structure reforms which are not only laws and their implementation, it is essential to energetically deal with the issue of companies in restructuring which raises the question of Srbijagas with progressive deadlines which would mean that if a strategic partner is not found, the government takes over the destiny of the employees – he added.

He added that the Government adopted changes of the Labor Law and the Law on Pension and Disabled insurance, which are the first true reform laws adopted in the last eight or nine years. Krstic said that it is a big thing for Serbia for improvement of the public finance field but also a signal to potential investors that Serbia is serious in implementation of reforms which are not easy.

- This kind of bill (difficult economic situation) does not get easily and is not made quickly but this is something the Government must pay. It appears out of political wishes, without any economical starting points – Krstic said and specifically pointed out pensions increase in 2008 and salary growth in public sector at the moment when 300.000 - 400.000 people in private sector lost their jobs.

- Serbia faces difficult situation and that is not a new thing. People from this room (Government) are not to be blamed for it but we got demanding and difficult task. I came ten months ago and took over big responsibility and we succeeded finally to in presenting the things the way they are to the people of Serbia… It is a bog thing and I am thankful to Vucic for enabling this – Krstic said.

- I have no doubts and completely believe to the Prime Minister Vucicu that we want healthy and reformed Serbia and I am sure the Government will work on it no matter how difficult it is. Dtill, we have different approaches when it comes to dynamics. The Prime Minister has a gentle heart and that is why he has the support of people and I do not have doubts that nobody understands better than him what and how is possible to be implemented – Krstic said.

- I thought these measures which are just one part should be carried out immediately. I think that the Prime Minister and the Minister of Finance must have the same approach and therefore, after the discussions which do not date as of yesterday, we agreed I should resign – Krstic said.

Krstic stays at the Government however

At the same conference, the Prime Minister, Aleksandar Vucic, said that Lazar Krstic after resignation will become his advisor who will help Vice President of the Government, Kori Udovicki, as well and in negotiations with the International Monetary Fund.

As Vucic said, the Minister of Economy, Dusan Vujovic, will be the acting Minister of Finance, until the selection of the new minister. It is possible that Vujovic will take over the position as he said. He added that the former Minister of Finance, Lazar Krstic, will participate in this year’s budget rebalance.