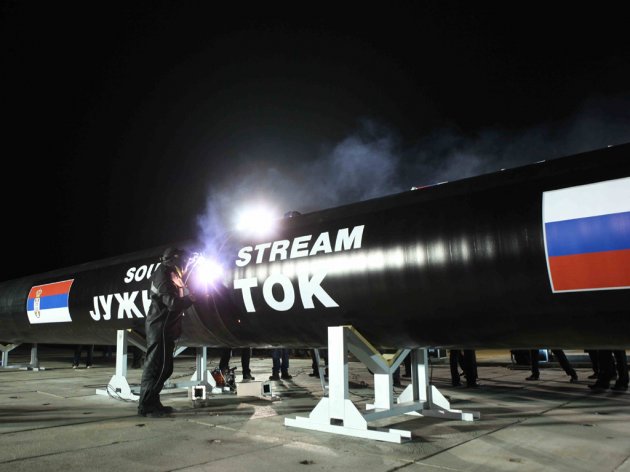 "Gazprom" CEO Alexei Miler met with Serbian Ambassador to Moscow Slavenko Terzic t on Tuesday (17 June 2014) to discuss cooperation in the gas sector. As they concluded, Agreement on South Stream construction in Serbia will be signed by the end of June.

Miler and Terzic agreed that the project of South Stream construction follows the schedule, as it is said in the "Gazprom" Head Office in Moscow.

Currently, a tender for the design, construction and commissioning works at the pipeline’s Serbian section is near completion.

Its capacity will be increased to its maximum of 450 million cubic metres by the next heating season.

- This will be an extra guarantee of uninterrupted supplies of Russian gas to Serbia next winter - "Gazprom" said.

South Stream is a large-scale infrastructure project envisaging the construction of a gas pipeline with a capacity of 63 billion cubic metres across the Black Sea bottom to Bulgarian coast and, further across Serbia, to countries of Southern and Central Europe.

Gas supplies via South Stream are expected to start in late 2015.