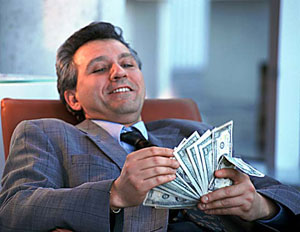 The representatives of Investment company "SEAF South Balkan Fond" (South Balkans Fund) announced that they were seeking 10 to 15 companies on the market of Serbia with strong potential for development and that they were ready to invest between 300,000 and 1.6m EUR in each of them.

The Deputy General Manager of SEAF Fund, Nikola Stefanović, stated that that Fund had placed investments in more than 250 companies, some of which were in the Balkans. As a successful example of investment, he mentioned the investment in Macedonian newspaper "Dnevnik". According to his words, the aforementioned Fund operates in more than 20 countries of the world and has the capital of about 500m USD.

- Famous international institutions, such as EBRD, USAID, Swiss Organization for Investment Benefits - SECO, the Fund of German Company for Investments and Development – DEG, are co-owners of our Fund and there are also some private co-owners – Stefanović explained.

The Manager of SEAF for investments, Ivan Čakarević, said that the advantages for entrepreneurs when they entered that Fund were various – the quickened development is enabled without need for payment of collateral or additional interest rate, the enterprises are connected with top world experts, as well as with additional financing sources.