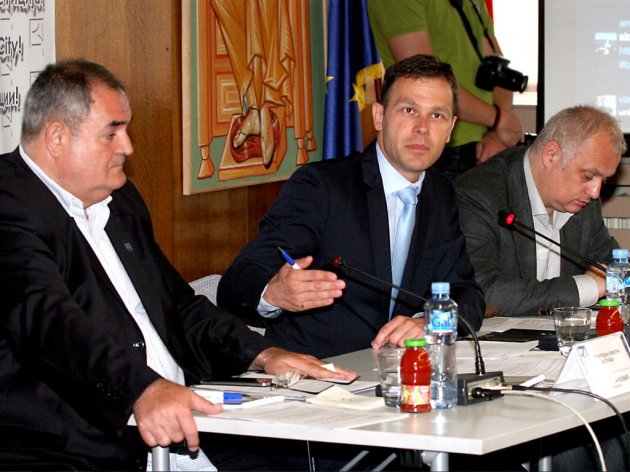 The City of Belgrade will change the policy towards businessmen, Belgrade Mayor Sinisa Mali said Tuesday (20 May 2014) after a meeting with businessmen in the Belgrade Chamber of Commerce, announcing that the prioroty of city authorities in the next few months would be to open the Office of Emergency Management and business incubators in each of the 17 city boroughs.

He also announced that future decisions, regulations or rules for the economy would be adopted through consultations with the Belgrade Chamber of Commerce, a resource that has not been sufficiently exploited so far.

At the meeting in the Belgrade Chamber of Commerce, Sinisa Mali, City Manager Goran Vesic and numerous representatives of the city management talked with businessmen about the problems they experience in doing business and the creation of favorable business environment.