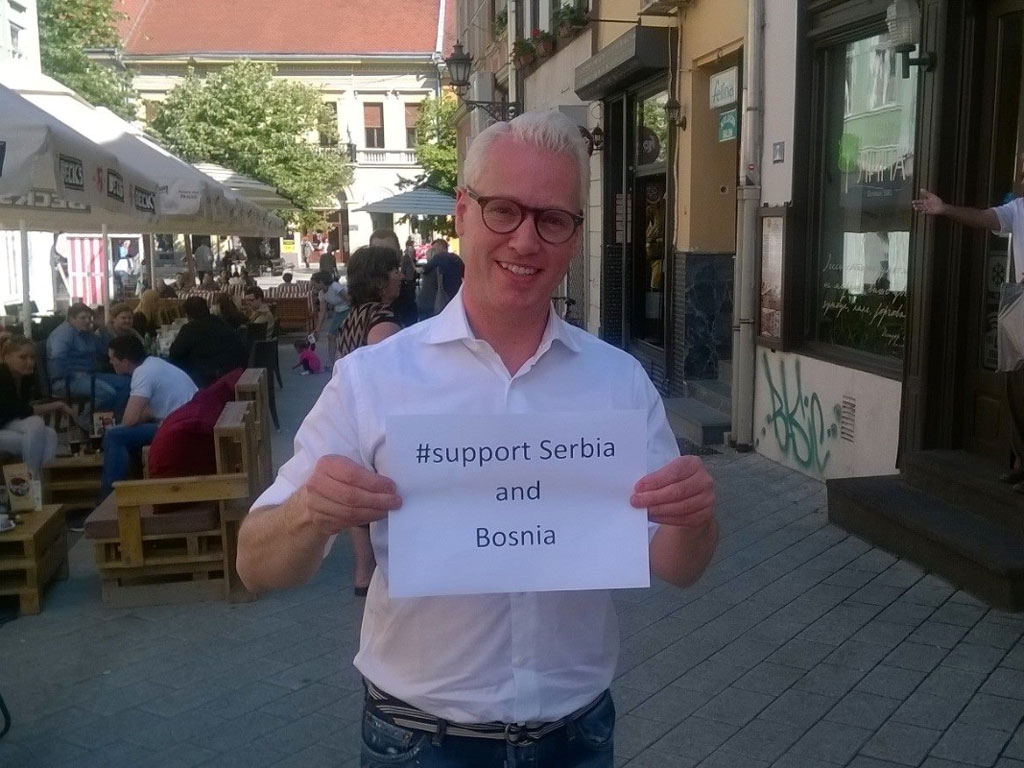 Rudolph has arrived in Serbia

The most famous chef from the Netherlands and a start of the TV channel 24 Kitchen, Rudolph van Veen, arrived in Belgrade on Monday to give his contribution to the provision of aid to flood-endangered people in Serbia.

As it was announced, Rudolph and the chefs of Slavija Hotel were preparing dinner on May 20 for about 400 mothers with children, who are now staying at this hotel after they were evacuated from flooded areas.

This humanitarian campaign is organized by 24 Kitchen, the Embassy of the Netherlands, and the Imlek company.

Adriana Lima has invited people at social media networks to help the victims of floods in Serbia through the Novak Djokovic foundation.

The stars of the forthcoming festival MAD in Belgrade, Neneh Cherry, Jimi Tenor and DJ Krush have appealed to their Facebook fans for assistance to people struck by floods in Serbia and Bosnia.

The organizers of the MAD in Belgrade festival, which will be held May 24-25, said in a release that the entire revenue from the tickets sold for the first day of the event will be paid to the designated account for help to people in flood-endangered areas in Serbia.

Rock musician Billy Idol previously twitted that he would give part of the revenue from his June 25th concert in Belgrade to charities.