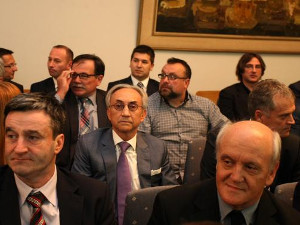 Miroslav Mišković at the meeting in the Palace of Serbia (Photo: Tanjug)

The last to leave the Palace of Serbia were local businessmen who spent the longest time discussing with Vučić. Apart from the Prime Minister, Ministers of Finance and Economy Lazar Krstić and Dušan Vujović also took part, as did Minister of Construction Zorana Mihajlović, Minister of Labour Aleksandar Vulin and President of the Serbian Chamber of Commerce Željko Sertić.

Veselin Jevrosimović, general director of the company ComTrade, said that in his opinion the meeting had been positive, and that solving the problems of business would be scheduled.

“The discussion was very positive, and representatives took part from the textile, IT and agricultural industries ….” said Jevrosimović.

Responding to journalist's questions about Mišković's presence at the meeting, the Prime Minister had said earlier that it wasn't unusual, since three of Mišković's companies were among the top 200 tax payers in Serbia.

“The courts are doing their job and will make their pronouncements on the guilty, but regarding the payment of taxes he has deserved to be among the first 200 businessmen to assure their presence here”, said Vučić. 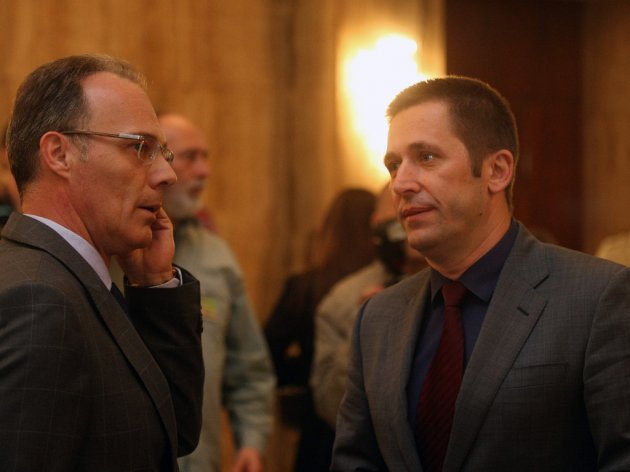 Vučić had previously promised foreign companies rapid passage of a new labour law, and that all large investors would have the “Prime Minister's aegis” that would be a further guarantee of investment.

At a press conference after the series of talks in the Palace of Serbia, Vučić said that meetings like today's would be held every two months to determine who had done what, whether contracted deadlines had been kept and what results had been achieved. The next meeting will be held in Niš, he declared.

“Today too I set clear deadlines”, said Vučić, mentioning the deadlines he had set for Ministers of Economy and Finance Dušan Vujović and Lazar Krstić of seven and ten days, and for others a month.

Owner of the company ITM, Toplica Spasojević, was of the opinion that Serbian Prime Minister Aleksandra Vučića's meeting with local businessmen was an untraditional and unusual step, but that it was the only possible move in Serbia's present situation.

“It seems to me that this time we shall have a state that protects our interests”, Spasojević told journalists.

The owner of ITM gave a positive assessment of the information that he had been invited to meet German Chancellor Angela Merkel and Russian President Vladimir Putin, and that he was ready to talk with them about the economy.

Read HERE how the meeting went between Prime Minister Aleksandar Vučić and representatives of foreign companies.

Read HERE what bankers said about the meeting in the Palace of Serbia.