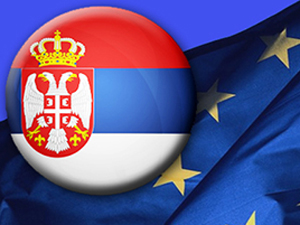 (Photo: seio.gov.rs)
Fiscal consolidation will remain the main challenge for Serbia in 2014, during which the overall consumption and budget deficit are expected to reach high levels, the European Commission announced in its spring 2014 European Economic Forecast.

Despite a new set of consolidation measures for 2014, overall consumption and budget deficit are expected to remain on a high level because of higher interests, investment expenses, new incentives and social expenditures related to the reorganization of public companies, it is said in the Forecast.

A lower-than-projected inflation will also have an adverse effect on state revenues and contribute to the growth of fiscal pressure, and fiscal situation will probably remain bleak in 2015 as well, given that an increase in interest rates and prevailing indiscrete expenses have a limiting effect on the flexibility of expenditures.

Without other consolidation measures, budget deficit is expected to account for about 6 percent of the gross domestic product in 2014 and 2015, thus keeping the public debt on an upward trend.

Assuming that no changes are made to the economic policy, Serbia's public debt will probably exceed 70 percent of the gross domestic product as early as 2014, the Forecast says.

According to the Forecast, the unemployment rate in Serbia will probably remain on the current high level because any increase in the employment rate in the private sector will be accompanied by downsizing in the public sector due to reorganization of companies.