Will Benetton manage to build new factory in Nis and hire another 600 workers? 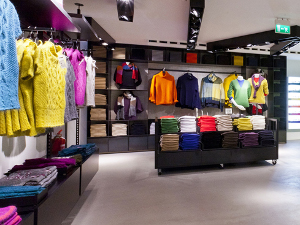 (Photo: benettongroup.com)
The Benetton factory in Nis and its collaborators employ 1,400 people and generate exports of over EUR 25 million annually, Nis Mayor Zoran Perisic said while touring this factory on Thursday (3 April 2014).

He added that it was still uncertain if Benetton would start building a new factory on the site where archeological remains had been found.

- The building permit they received for this site from the Ministry of Culture has expired, meaning that they will require new permits for all new activities. People at Benetton point out that even if the new factory fails to open, they will find a way to start the second part of production and fulfill their plan - Perisic claims.

Perisic said that Benetton can be expected to hire another 600 workers in Nis by the end of 2014 or mid-2015, adding that the company will continue to receive logistics support from the city.