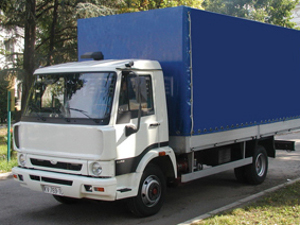 (Photo: zastava-kamioni.co.rs)
Representatives of the top management of Chinese company JAC will be staying in Kragujevac and Belgrade between March 23 and 27 to talk about possible cooperation with Zastava Trucks with competent government officials and the managers of the Zastava vozila (Zastava vehicles) group and Zastava's truck factory. This is the new round of talks with JAC managers that were commenced in China in late February by the management of Kragujevac-based companies.

As the daily Danas reports, after discussing the possibility of working with local manufacturers in Kragujevac, the JAC delegation will meet with Acting Economy Minister Igor Mirovic and, most probably, with Serbian President Tomislav Nikolic, who already talked with them last autumn, during the visit of our state delegation to China.

Let us remind that Zastava vozila and Zastava kamioni (Zastava Trucks) have agreed to a cooperation with yet another Chinese company that produces trucks and minibuses. In late summer 2013, a protocol on cooperation between Zastava and China's Huang hai was signed in Kragujevac. This document also calls for the production of light trucks, minibuses and vans at Zastava kamioni and pickups at Zastava specijalni automobili (Zastava special vehicles) in Sombor. Implementation of this project was supposed to start in Q4 2013.

People at Zastava say that the negotiations with the Huang hai company have not been officially ended yet, but they explain that JAC has appeared in the meantime and they don't want to miss the chance to work with the largest and most significant Chinese manufacturer of light commercial vehicles that already operates in Europe.