EUR 14.5 million for small and medium-sized enterprises - Agreement to provide support to Western Balkans signed between EBRD and EIF 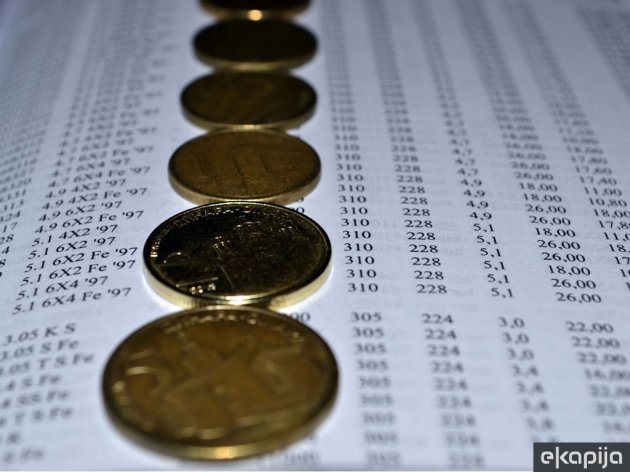 (Photo: Ivana Vuksa)
The European Bank for Reconstruction and Development's (EBRD) Investing in the Western Balkans forum at its London headquarters was ended 24 February 2014 in London with the signing of an agreement to provide EUR 14.5 million in support to small and medium-sized enterprises in that region.
This document was signed during the forum by the EBRD and the European Investment Fund, and that facility will be financed by the Western Balkans Enterprise Expansion Fund.

According to a release on the EBRD website, ways are being sought to improve the coordination in the determination of priorities for regional projects and regional networking through cross-border investments.

The EBRD also signed a Memorandum of Understanding with Albania with the aim of encouraging the process of economic reforms and improving the business environment in that country.

EBRD President Suma Chakrabarti said that the Bank was working with both public and private sectors, and with foreign and local private companies, including SMEs "which are the real backbone of this region’s economy and which provide the largest share of employment in the region".
The Bank has just approved a Small Business Initiative, which aims to marry money with the sort of expertise that businesses need to tap into. The Small Business Initiative is designed to achieve maximum impact by "combining financing and policy dialogue at country level, improved coordination between the international financial institutions in this area, and engagement of co-financiers," the EBRD said in the release on its website. The EBRD president pointed out that vital transport and energy linkages were crucial to the development of the Western Balkans.
Companies:
EBRD Evropska banka za obnovu i razvoj
EIB
Vlada Republike Srbije Beograd
Delegacija Evropske unije u BiH Sarajevo- EU Delegation BiH Sarajevo
EUROPEAN COMMISSION Bruxelles
Tags:
economic summit Western Balkans
investment Western Balkans
London
small enterprises
medium sized enterprises
SME
Suma Chakrabarti
Small Business Initiative
Stefan Fule
EIF
Share: