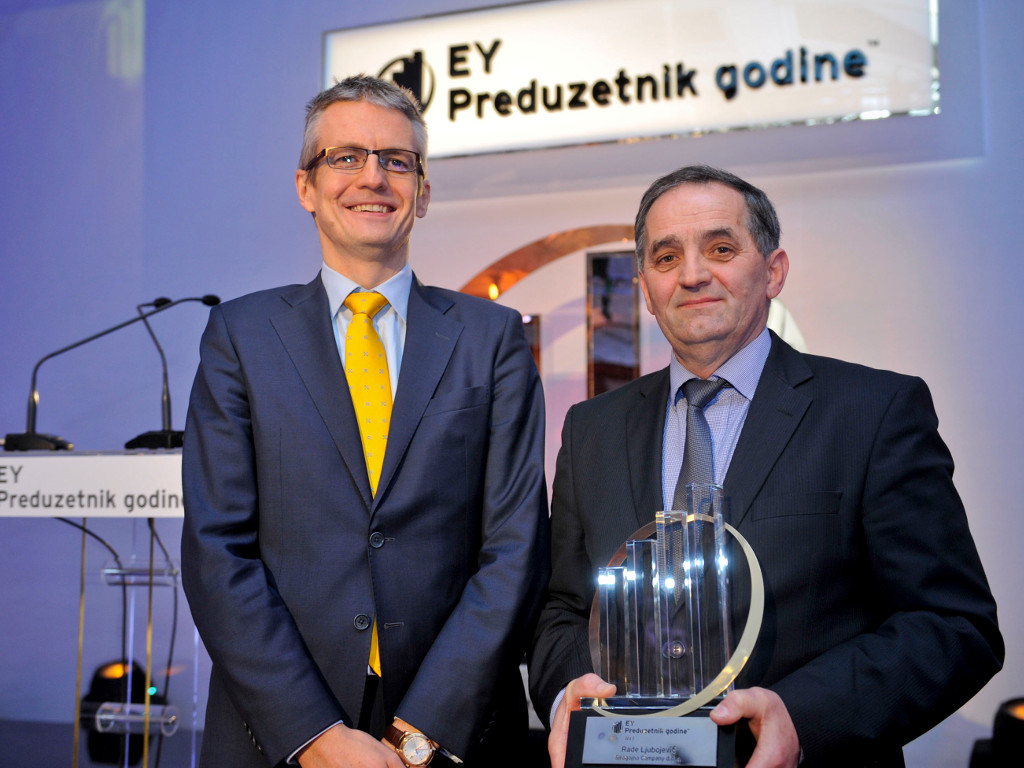 Rade Ljubojevic, the owner of Sirogojno Company, has won the EY Entrepreneur of the Year 2013 Award.

This prestigious international award for entrepreneurial achievements has been presented in Serbia for the second time.

The awards ceremony that was held Thursday night at Hyatt Regency Hotel in New Belgrade was attended by numerous guests who were first adressed by Stephen Fish, the EY managing partner for Serbia. This event was supported by the Serbian government and the Economy Ministry.

President of the Serbian Chamber of Commerce, Zeljko Sertic, was the one to declare the national winner of Serbia. He pointed out that all finalists and candidates for that prestigious award represented "both vision and courage of entrepreneurial spirit which was both example and driver of healthy domestic economy and operations".

Rade Ljubojevic will be representing Serbia at the World Entrepreneur of the Year 2013 Awards ceremony that the audit and consulting company EY organizes in Monte Carlo every year. That event will bring together representatives from more than 50 countries.

An independent jury (which did not include any representative of the EY company) presented two more awards in addition to the main one. The winner in the category of Innovative Entrepreneur of the Year is Dejan Dramicanin, the owner of the Bitgear company, while the Fastest Growing Entrepreneur of the Year Award went to Vladimir Prelovac, the owner of Prelovac media.

The international audit and consulting company EY established this award 27 years ago and now presents it in over 50 countries.