Pile-up at customs points - Who hinders import of IT equipment to Serbia? 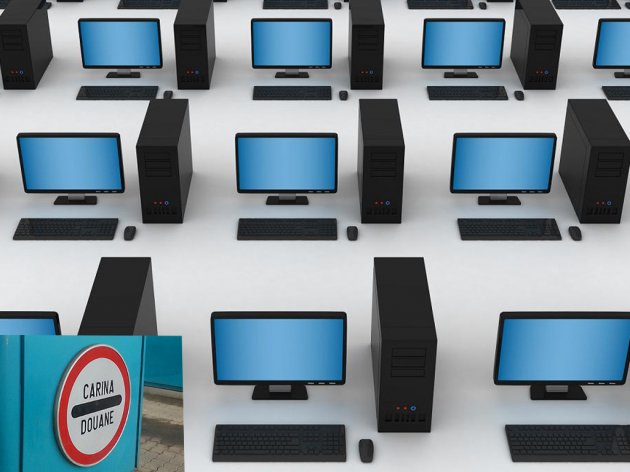 A few hundreds of employees in computer and computer distribution will be fired by the spring if Serbia continues applying all current fees in the IT sector.

This is an estimate given by Jelena Jovanovic, secretary of the Association of IT Industry of the Serbian Chamber of Commerce (SCC), at a recent panel on the IT equipment import and legislation in Serbia.

The panel organized in Belgrade, where apart from Jovanovic, representatives of the Ministry of Telecommunications and Economy, Nis-based Kvalitet and former RATEL Director Milenko Ostojic spoke, was very heated.

When the Government adopted Regulations on the import of so-called RiTT equipment last summer, it surprised importers and trapped goods totaling a few million euros at customs points, which were then waiting for months for the necessary documentation to be provided. The procedure was additionally slowed down by the fact that RATEL was the only certification institution which could provide the certificate of compliance at that moment, so they were flooded with work. The problem was partially solved when Kvalitet Nis was accredited for the same activities. Still, all this still costs a lot and still – takes too long, importers say.

As estimated yesterday, while they are waiting for the compliance assessment by domestic certification companies, importers’ goods are at the customs points and, thus, they are losing money and not only that. The situation is specifically problematic because these goods become passé quickly. An IT device which is kept in a customs warehouse for a few months arrives at the market as yesterday’s news. Apart from that, increase in the VAT rate on technical goods, royalties and other fees which are a burden to the IT industry does not support the statement that this sector should be one of the priorities of our country.

Serbia`s IT market which suffered a tremendous fall in the period 2008 - 2013 (from EUR 560 mil to EUR 410 mil) is about to experience new fees. More than 5% of its total value goes on numerous compensations, Jelena Jovanovic says.

- In 2014, the VAT increase alone, if the sales remain stable, will generate EUR 9 mil more than in 2013 and what about all the rest? With the environmental fee, royalties and other taxes, fees are increasing to 5% of the total IT market value!

Still, it seems not everybody sees the situation in the same manner. State representatives, although claiming IT needs support, do not think that at the moment importers are experiencing a big problem. Nebojsa Vasiljevic, assistant to the minister of telecommunications, says the idea was to align existing regulations with those applicable in the EU, but the problem is the fact that we are not a member of the European Union.

- A device using electromagnetic radiation must be checked when entering our country. We tried to overcome the problem from June when only RATEL was issuing certificates so it took a long time to get one. Now, both RATEL and Nis-based Kvalitet do it. Technical regulations which will simplify the import of IT equipment will come into force when the new government is established – Vasiljevic said. 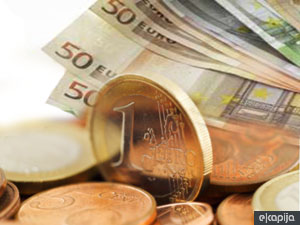 This opinion is also shared by Dusan Vuckovic, head of the Economy Ministry`s Department of technical regulations and compliance assessment. He claims that the control must exist when it comes to safety and health protection, but he underlines that the certificate of compliance is just a paper. Additional equipment examinations have never been needed despite what some importers claimed, he said.

On the other hand, despite the claims of the representatives of ministries and Kvalitet that the process of obtaining documents is not complicated, that it does not take so long to get the certificate of compliance, heated reactions of importers in the room showed that in practice everything looked different. In many cases, it is not easy for the companies to get all the papers. As they claim, it often happens that they are asked to provide documents which are confidential. Also, the certificate is to be paid, which is an additional burden to the company and end users.

At the end of the talks, another question emerged – why in fact do we control Europe? Why do we check certificate which they issued under a parole it might be a fake one? Wouldn’t it be better to set up monitoring, to have inspectors punishing those who sell goods with, let’s say, false "CE"? That will come also one day, the ministry representatives say, but weak network of inspectors, as for now, does not have a sufficient capacity for this.

What is the conclusion? If it is to judge by the atmosphere at the conference, it is unlikely that the different views will be reconciled. Not even after a heated exchange of opinions did the competent ministry, certification bodies and importers suggest possible concrete solutions. Apart from that, it is certain that in the times of technical government there will be no changes in regulations which govern the import of IT equipment, Vasiljevic agreed as well. The spring will show what will happen next and what the will of those in power will depend on.

Conference organizers did not miss to point out that RATEL representatives refused to participate in the panel discussion although they were invited. Customs administration representatives did not show up either.