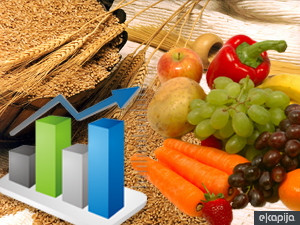 The eKapija investment team has recently done an analysis and formed a rank list of investments and investment ideas that attracted the greatest attention of eKapija users in 2013. The results are very interesting, some are expected, but there is a plenty of surprises, which is why w have decided to share this information with you.

The announcement of arrival of Arab investors in Serbia marked the last year with agriculture being one of the industries which first attracted the Emirates. An investment of EUR 200 mil announced in 2013 was not implemented so the only thing left is to wait for that investment in the year ahead of us.

Our readers in 2013 were mostly attracted by the construction of new facilities, so Al Dahra is immediately followed by Nelt’s winery and distillery, Foodland plant which was nominated for the Aurea Award, the Belgrade wholesale market, the factories of Dr Oetker and MK, while the new plant of Big Bull Foods ranks last.

Out of the projects which are looking for partners for their implementation in 2013, agricultural logistics-distribution center Horgos and agricultural goods-transport center Blace set aside. 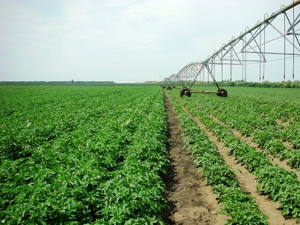 Early 2013 was featured by the signing of preliminary contract with Al Dahra on investment in agriculture in Serbia. Potentially the biggest investment in local agriculture was the first ranked on our list. The preliminary contract calls for Al Dahra to invest some EUR 200 mil in eight agricultural state-owned farms. A total of EUR 100 mil Al Dahra would invest in the construction of irrigation system and the procurement of modern equipment, while additional EUR 100 mil it would use for acquiring 80% stake in mutual companies where the state would keep 20% stake.

It is unusual that a company operating in logistics starts wine production. Therefore, Nelt’s winery and a distillery in Dobanovci attracted huge attention of our readers and was the second ranked. As we were told, the winery will be put into operation only for the needs of the company and the way the preliminary design was selected is interesting. Namely, Nelt released a competition in cooperation with the Faculty of Architecture that attracted 21 entries. Students of the Faculty of Architecture in Belgrade, Zarko Stamenic, Bojana Bajkic, Stefan Radosevic, Zoran Spasic and Hristina Tosic won the competition. We should wait and see now when the construction in Nelt’s Dobanovci-based complex will start.

Foodland is one of the few companies which can be proud of its products and it is not surprising that its plant in the village in the Brus municipality is the third ranked. This greenfield investment in late 2012 secured jobs for 120 people. Through production boost, Foodland succeeded in exporting their ajvar, jam, juices even to Japan and the Middle East.

Construction of the largest wholesale market in Serbia in an attractive location in New Belgrade ranks fourth. It should occupy 18 hectares and feature a 10,000 sqm building with 40 fruit and vegetable sales points will be finished by the summer 2014.

Late last year, Indonesian company Indofood bought 5 hectares in northeast business zone in Indjija, where a facility of 25,000 m3 will be built. This investment of some EUR 11mil ranks fifth.

The sixth ranked is another investment story whose implementation should start in the spring this year. It is a new business complex of Dr. Oetker in the southeast working zone in Simanovci.

Construction of the first unit for sugar production from molasses in Serbia has already started in the sugar plant Sunoko in Pecinci. MK Group will invest EUR 20 mil and it was announced the new unit would be put into operation in early 2014.

As company representatives say, the unit will generate savings of EUR 4 mil annually, which means that the investment return period is around five years. The new technology will decrease energy consumption by about one fifth per tonne of sugar, which won this investment the seventh place. 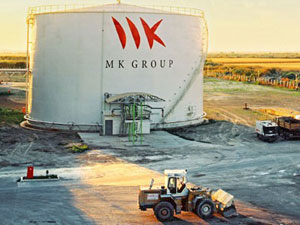 The eighth ranked project, the agricultural logistics and distribution center Kanjiza declared as one of the best eight at the competition "Public-private partnership as development potential" conducted by the National Alliance for Local Economic Development (NALED) with the support of the USAID Sustainable Local Development Project.

The ninth ranked project is also looking for a partner. Namely, the Blace municipality presented its Goods Distribution Center project in October at the large investment conference in Moscow. The project involves the construction of an industrial zone on 12 hectares on the Pretezani site with a complex of business and industrial facilities, totaling EUR 3.5 mil.

In Bacinci near Sid, the new Big Bull Foods plant was put into operation in late 2013. In this way, a mutual program of expansion and modernization of capacities of BG Mibras and Big Bull Foods, worth more than EUR 2 mil, was implemented and 53 new workers were employed. The investment ranks tenth on our list.

Take a look at the complete ranking list of investments in the category of AGRICULTURE AND FOOD INDUSTRY and compare it with your own opinions, expectations and assessments.

One more thing - have you already read which projects attracted your greatest attention in categories ENERGY, HEALTH CARE and SHOPPING CENTERS?