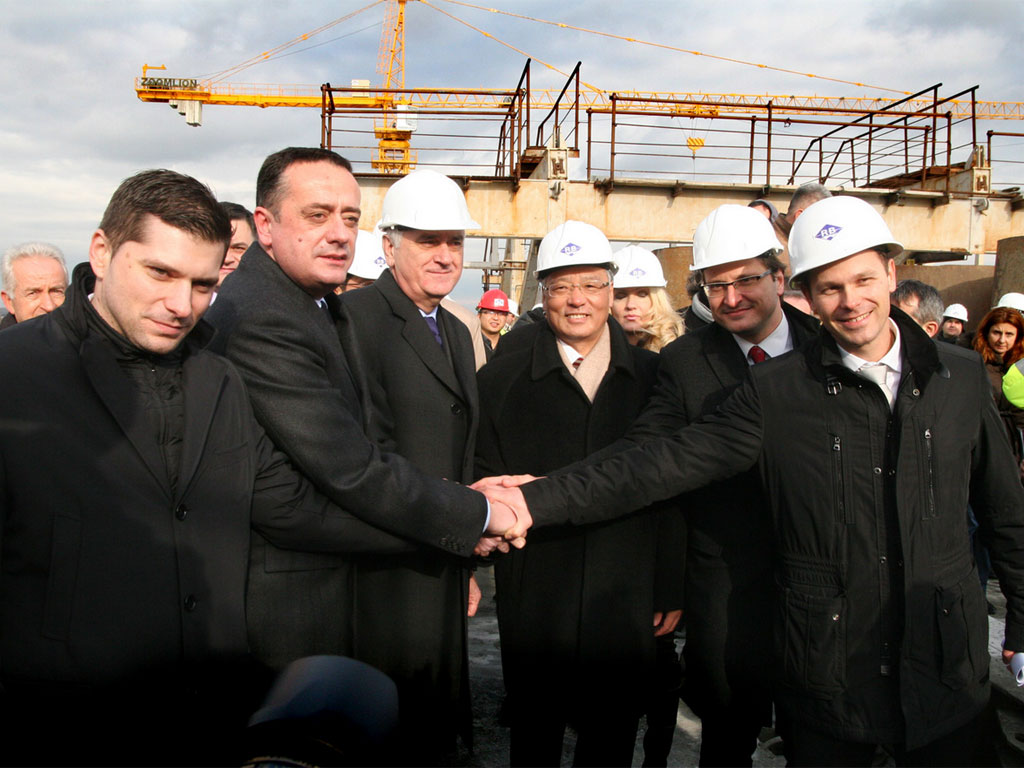 at the opening ceremony (Photo: beograd.rs)

The bridge on the Danube between Zemun and Borca, whose two sides were linked up on Wednesday, will be completed by December 27, 2014, Serbia's Minister of Transport Aleksandar Antic said on Wednesday during a visit to the construction site along with Serbian President Tomislav Nikolic.

Antic also said that some of the access roads between Zrenjaninski Put Road and the Pancevo Bridge would be completed by September 2015.

Chinese Ambassador to Serbia Zhang Wanxue, President of the Belgrade Provisional Council Sinisa Mali and member of that coucil Nikola Nikodijevic were also there during the visit to the Zemun-Borca Bridge. Antic stressed that the bridge was one of the most important infrastructure projects in the past few decades, adding that it would greatly affect traffic in Serbia.

There are plans for other bridge over the Danube, near Vinca, which will completely move cargo transport out of Belgrade, Antic stated.

The work on the bridge started in late October 2011. The main contractor is the China Road and Bridge Corporation.

Construction of this bridge costs EUR 170 million, and 85 percent of the figure comes from the Chinese Exim Bank, while the remaining 15 percent will be supplied by the government of Serbia and the city of Belgrade.

The total value of the bridge with its access roads is USD 260 million, Tanjug news agency has reported.