A student from Belgrade, the best public speaker of the world 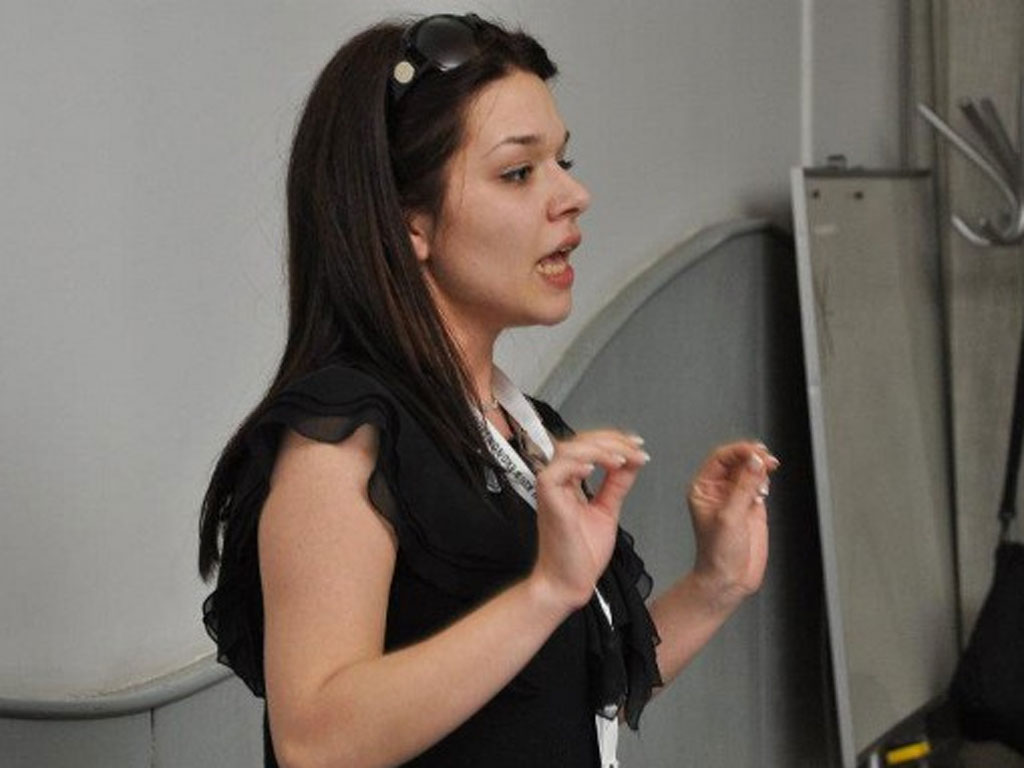 Helena Ivanov (Photo: Fpn.bg.ac.rs)
A student from the Faculty of Political Sciences, Belgrade University, Helena Ivanov has been named the best public speaker at the World University Debate Championship held in India.
Helena Ivanov and Stefan Siridzanski, students of the third year at the Faculty of Political Sciences, achieved great success at the recently finished 34th World University Debate Championship by qualifying into the finals.
In the competition of more than 400 teams, in the category of English as a foreign language, the two students made their way into the finals with their debate on the subject 'This home would allow countries to pay to other countries to settle asylum seekers who reach their borders'.
Besides them, great success was also achieved by the students of the Faculty of Organizational Sciences, Viktor Prlja and Goran Jankuloski, by placing themselves into the category of English as mother tongue, which is only the second case in the history of the competition.
This placement is significant as Belgrade students showed that knowing the English language is not the only condition to achieve success, but also participation at tournaments and constant practice can bring to a result that one team whose mother tongue is not English, compete with the best world debaters.
Prlja and Jankuloski were also named 4th and 6th public speakers of the world in the category English as a foreign language.
8 students presented Serbia at this competition, and their excellent results will influence better ranking of the University of Belgrade at the world debate list, where currently it takes 57th place out of 500 universities worldwide.
The World Championship was held in an Indian town Chennai, where during 7 competition days , 800 students competed for the title from all over the world.
The competition known as 'Olympics of the Debating' is the largest annual international student assembly with 250 universities participating from the entire world.
Companies:
Fakultet političkih Nauka FPN Beograd
Tags:
Faculty of Political Sciences of the University of Belgrade
Helena Ivanov
debating
debate
Stefan Siridzanski
Viktor Prlja
Goran Jankuloski
World Championship in debating
Chennai
Olympics of the Debating
Share: