GLAMOČIĆ: By may 2014, old approved level of aflatoxin in milk 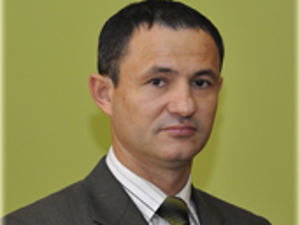 Agriculture Minister Dragan Glamočić said that it can be expected that the approved maximum level of aflatoxin in milk is returned to 0.05 micrograms per kilogram in the first half of 2014, but before that, regulation on animal food will be changed.

- In parallel with this decision, we will determine the standards and protocol of quality control of goods which is stored in warehouses or used on the farms - Glamočić said in an interview for Tanjug.

He pointed out that the situation with aflatoxin has been monitored for months already, since the corn was still in the fields, and later brought to the warehouses.

- The situation is good . Aflatoxin is absent or present in small quantities , so that it gives us the opportunity to make changes early next year, first with the level of aflatoxin in the feed , and then , from March to May , with limits of aflatoxin in milk - said Glamočić .

One of the priorities of the Ministry of Agriculture are also training sessions and the opening of the Directorate for National Reference Laboratories in Batajnica. In the early 2015, we plan to open the lab for testing milk quality within the Directorate`s complex, said the Minister.

Glamočić said that the Directorate in Batajnica will be an umbrella institution , and that other of our " strongest " laboratories will be accredited to be a part of that system.

In addition to the laboratory in Batajnica, in the first half of 2014, milk control for the farmers will be done in the laboratory of Novi Sad Faculty of Agriculture, said Glamočić.