Dream job and (or) a leap for better opportunities - How much do bloggers in Serbia earn?

Information on bloggers’ salaries has recently become familiar outside blogosphere as well. In everyday talks, the question of whether you can live from blogging in Serbia is becoming more common and how much they really earn.

In one of his posts, one of the most influential bloggers, Dejan Varagic, whose blog has been existing for 8 years, states the salary of a fashion blogger, Zorana Jovanovic, who earns EUR 1000-5000 by posting blog posts, depending on the number of clients in a specific month.

- The price for a link in a post goes up to EUR 500 and the price for a completely branded post totals up to EUR 1000. She works on blog between 5 to 10 hours a day, half of that she spends on email messages and comments on blogs and Facebook – Varagic says.

- There are perhaps two or three bloggers who succeeded in generating direct salary through blogs, one of them Zorana. Blogs which benefit financially directly are AutoBlog and PersonalMag– our collocutor says. 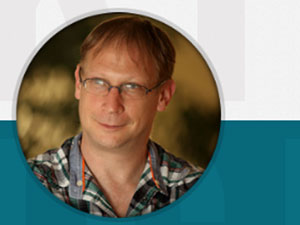 For Dragana Djermanovic, a blogger and a partner at the PRpepper agency, the year of of 2008 was a crossroads of her professional development because then she started writing her blog.

- Thanks to my blog, I demonstrated to very wide population my thoughts and competences. Apart from that, according to a mini research I conducted, 7 out of 10 clients were familiar with my work and writing thanks to my blog before they contacted me. I can freely say it us the most powerful promotional tool I have had in my entire career.

A collocutor of eKapija "says she is sure you can live from blogging in Serbia, It is possible to make solid earnings from paid posts and, what is more important, a blog can bring new business opportunities for profit in an indirect way, Djermanovic claims.

Since he did not start blogging for money, Milos Petrovic is extremely satisfied with what blog brought him so far - first of all numerous good contacts and invitations to lecture and then he became “a name in a blogosphere and partly a stable income”.

After graduating at the Faculty of political sciences and enrolling master studies at the Faculty for Safety, Branislava Antovic “lacked a bit of practice for fingers”. Since she has never received a reply to all her optimistic mails with a resume, initiating a fashion blog imposed as a logical solution. Today, for more than three years from that moment, she says that blog, apart from material, brought professional satisfaction because she got all her journalistic engagement thanks to blog.

- Speaking from personal experience and with regrest, I have to state that it is still impossible to make money from blogs in Serbia. I am saying "with regrets" because this is the only thing that lacks to make it a dream job. On the other hand, it is true one can make a lot of monet by blogging. I believe I sound contradictory but I will explain. Income in fashion blogging comes occassionally depending on cooperation in a month. It is a significant number sometimes and sometimes balance is zero. And this is where the problem emerges and why I see one cannot live from blogging - a collocutor of eKapija explains. 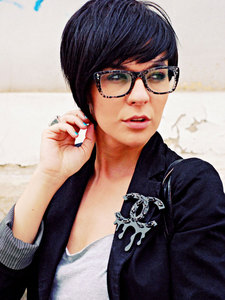 One of the ways to earn on a blog are sponsored texts. In Serbia, advertising prices via sponsored texts or banners mostly range from EUR 20, 30 up to 200, 300, depending on blog visit and visibility on social networks, Dragan Vragic, on whose post there is na option of sponsored posts at the price of EUR 200, says.

According to Varagic, sponsored blog posts are a way for bloggers who want to earn from blogging can reach that. Blogs cannot be compared with much visited web sites when it comes to the number of visits which means that classic banners mostly are not remunerative for blog advertisers.

- On the other hand, sponsored texts which bloggers create can have huge visibility, especially if they expand well through social networks. The basic feature of these texts is the fact they are interesting and useful compared to classic sponsored texts which you can find in classic media- Varagic explains.

Although she has never charged a sponsored post, nor written an ordered text, Dragana Djermanovic also thinks that sponsored blog posts or ordered texts are completely legitimate things in our parts and in the world.

- I have cooperated a number of times with bloggers who participated in the PRpepper actions or of our clients. As longs as a blog suits your target group and significantly points out the text is ordered, there is no problem. We pay between EUR 50 and 200 net for an ordered post. On my blog, as I have said, there has never been ordered paid posts but a number of times I wrote a text inspired with a so-called blogger pitch which was attractive. A quality bloggers always wants to write a good post on a current topic, if paid for that as well. As long as the process is transparent, “sponsored posts” make sense.

Bloggers invest huge efforts and time in their blog and it is logical they will eventually want to see profit and sponsored posts are only one way for that, Branislava Antovic thinks.

- As for my blog, I do not practice classic, sponsored posts. I try to pack a part of cooperation which I ensured it is quality, into my existing content. And I stick to that. I write and recommend only what I personally can confirm is quality.

Another way of generating income is socially responsible actions such as BloggersNetwork whose objective is to increase the number of bloggers which can live from blogging. Coca-Cola System accepted to participate in that recently initiated action whose objective is to increase advertising capacity on blogs in the region. Within the Coca-Cola Bloggers Network Adria action, 9 bloggers from 5 countries were engaged with an aim that this action lasts for years.

-At this moment, reactions in Coca-Cola re positive and by the end of the year, it will be known whether this action, which is currently in its test stage, will continue and we hope it will be so - Dragan Varagic points out.

- Basically, bloggers do not apply separately so that they could participate in this type of actions but it is necessary their work to be visible on social networks, especially Facebook and Tweeter. During the next year, in three terms, one blog from a country/region will be selected and the Coca-Cola System company chooses bloggers itself which would join the network potentially.

- The action lasted for 18 months, i.e. half a year longer than the time defined in the contract. During the action, more than lten different bloggers from Serbia were engaged (there were five bloggers at any moment), and almost 100 blog posts were created with the topics that interested the Link Group company which is known for online education on IT Academy and Business Academy – Varagic points out.

Dragana Djermanovic supports all activities of these two companies and believes that they will have a positive effect on further development of the local blogosphere- strengthening and development of public dialog on Internet.

Branslava Antovic also supports all kinds of actions where bloggers are taking an important role because, as she says, “it is a reflection of reality where bloggers became extremely influential, both in setting up and expansion of some trends”.

As one of the participants of the Link Group action, Milos Petrovic thinks that a reason for termination of his cooperation after three months is a choice of a blog. According to him, people who selected FejsbukSrbija.com instead of his personal blog, as he says, was a wrong step. Coca-Cola also has some remarks to the Link Group actions. 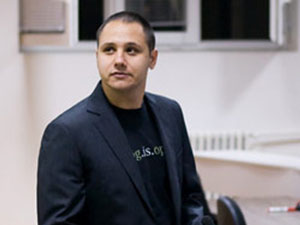 Dragan Varagic expects that during 2014, a number of quality blogs will increase and that internet earning via blogs will expand by introducing promotional types which have not been particularly profitable in our parts.

Branislava Antovic is proud of all creative, young people our blogosphere is full of and who do not want to sit and wait but they want to inspire others “not to neglect their talent and imagination but to transfer them into their thing, something which will generate profit for them as well”.

Milos Petrovic thinks that blogs about fashion, food, scientific works are taking over the leading position.

- Successful blogs and bloggers promote blogging story in the most successful manner. They will be an incentive for some new blogs. I advise people to blog but to discover new niches (garden, sports equipment, furniture…), to transfer business model from already popular blogs and not to copy their contents. Bloggers web has a room for everybody.