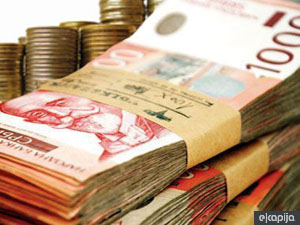 Its biggest creditor is UniCredit Bank to which Galenika owes about EUR 60 million. Only a half of that amount is covered by a state guarantee, which can also be seen in the draft budget for 2014. Galenika owes EUR 22.5 million to Nis-based AIK Banka (AIKB), but people at that bank told NIN that they had no reason to worry because the state had provided a guarantee for the entire amount of that loan, so that they can calmly wait to get their money back.

The same goes for Komercijalna Banka whose loan of EUR 12.5 million is also covered by a state guarantee. As NIN reports, among the banks that lent money to Galenika with no guarantee from the state are Societe Generale Bank (EUR 15 million), Erste Bank (about EUR 11 million) and Banca Intesa (EUR 11 million).