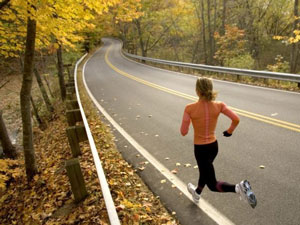 At the moment when 40% employers do not plan to hire young people in the upcoming period, an independent flight for one’s own entrepreneurial ideas seems to be the only solution.

Milos Petrovic, a founder of MWEB dealing with web site development, word press templates, Internet consulting and Internet marketing, is a good example that a hobby can become a profitable business.

- Web sites and internet marketing have been my hobby since 2004. Running my own blog I wrote about internet technologies and site development. Through Google serach engine, people used to get to me and thus I won my first clients. One after another and I decided to set up an agency.

MWEB initiated a couple of projects - Internet katalog velnes i spa centara, magazin o mobilnoj telefoniji and BorMagazin.com. Wellness-Spa.rs web site is the first project with a specific target group and a clear business plan. Therefore, Petrovic thinks of it as the most successful one. However, as he says, he would never have come to that project if he did not have previous, less successful experience.

A successful project motivates you to initiate new ones. Therefore, the SpaHoteli.rs portal is a logical continuation of the Wellness-Spa.rs site.

- Instead of changing 50% of the site, I decided to start another one parallel. The new SpaHoteli.rs portal enables people booking of spa hotels in Serbia and Slovenia. Prices on the site are the same as at the hotel and the advantage is that people simply can compare offers of all hotels and find a specific offer in line with the contents they are interested in – our collocutor explains.

Veroljub Zmijanac, a founder and the Development Manager of the Trcanje.rs, site says that in 2009 he initiated the portal as his vision of business which does not require fixed working hours and place and as one of the first challenges he mentions the fact he did not have basic knowledge in the entrepreneurial field which is not only the problem of the young people.

Trcanje.rs had a series of initiatives, online actions and projects and they were also an example of motivation that as of 2010 dozens of blogs and sites on running appeared.

- Even at that time we helped the organization of the Belgrade marathon and became an official partner. Next year, we set up the first recreation running club. In 2013, the Trcanje.rs club changed its name into Beogradski trkacki klub (Belgrade running club) and started functioning independently. So far, a four-month running school was attended by 300 people who completed the first race and semi marathon – Zmijanac says, adding that November 23 they organized the first conference on development of recreational running, Volim trcanje (I like running). The final objective is to set up the association for recreational running. 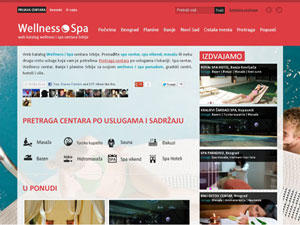 - The interest the young express for our programs has been good so far. More than 100 people visit meet up events every time and double the number of candidates than we can accept applied for an academy. A couple of our Start-up Academy graduates received investments from foreign funds and accelerators – Dragana Zmijanac, CEO SEE ICT explains in her interview for eKapija.

Belgrade-based Truck Track, which develops software for development of truck transport companies business and that is the first start-up from Serbia which received an investment of the biggest European accelerator, Seed Camp is one of them. There is also PubSonic, a start-up which develops software for the support to scientists and medical staff in finding new drugs and solutions.

According to our collocutor, Serbia can be proud of worldwide successful companies such as Nordeus which is the first domestic start-up with the big world success. Then Limundo which grew into one of the biggest internet companies in the region and it started operating as IT start-up.

Our collocutor says entrepreneurs from Serbia have an access to all European and American start-up incubators, accelerators, investment funds and so-called business angles so these capital sources are not further than they are to competitors in Croatia or Bangladesh for example.

- We are trying to set up a special development center, Startup Hub, in the near future where young entrepreneurs will be able to work uninterruptedly on their ideas and products under one roof and at the same time to count on legal, administrative and mentor support.

Journalists as an entrepreneur

The conclusion of the first seminar on entrepreneurial journalism in Serbia held in October in Belgrade within the Media program for Southeast Europe of the Konrad Adenauer Foundation implies that a modern journalist must think as an entrepreneur as well. 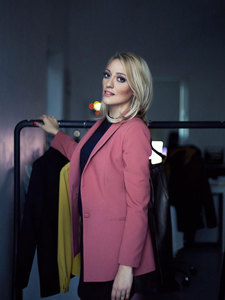 Three years ago, Nadja Jokanovic and her friend, today her business partner, Nina Milovic, came to an idea to make untypical fashion blog. Lazar Stojkovic who was the third partner in the first two years, helped them shape the idea.

- In only ten days we prepared and set up everything and the site was out put into function. Since our friends and then their friends recognized the idea as the good channel to express their thoughts, attitudes, emotions, soon after Wannabe Magazine and counted over 50 young people – Nadja Jokanovic, a founder and CMO Wannabe magazine says for eKapija.

In the meantime, they won regional awards, started new projects with a final objective to make Wannabe regional project - Online Vogue for the young.

- Wannabe Stars and Wannabe Bride is the magazine which appeared as a supplement to the Wannabe Magazine and deal with celebrities, i.e. wedding and marriage life. Wannabe Bride specifically set aside at the market and we are very pleased with its position in a short period of time which we shoed with the successful organization of the first Wannabe Bride weekend in shopping mall Usce in late August this year.

- We have recently started online shop WannabeShop, as well as our own fashion brand Wannabe Collection which is a new challenge for us – Jokanovic says, adding that during 2014, during 2014 she will commit herself to development of the project of the Slovenian i Wannabe Magazine.

Nadja Jokanovic has already been present at the Slovenian market through start-up-a MBA Friends LLC, which she set up together with colleagues from MBA studies.

- 22 of us from five different countries gathered in MBA Friends which is in fact global network of MBA students and alumni, business people, corporative and social leaders from all over the world. The objective is to establish, first of all, regional connection and motivate members to exchange ideas, knowledge and innovation through social network, education activities, conferences and forums.

When the question of profit expectations pops up, our collocutors are there are no rules when a young entrepreneur can get the first money.

If you are making global games for Facebook, you can earn millions of euros, if you are making sports site for Serbian market then you are satisfied to pay off salary every month, Veroljub Zmijanac thinks.

- I was told if I survive during the first 3-5 years, everything will be fine. Concerning the situation, it appears to be truth. However, today’s approach to entrepreneurship is fail early, fail often, meaning we should as soon as possible step into market to check our concept. If it does not work, it should be renovated or move to something else and shorten the period. – our collocutor claims.

- In my case, every project made profit only those were small amounts with some sites. However, experience from these sites may be the biggest non-material profit I made for further projects - Milos Petrovic points out adding that classic web advertising should be avoided because sales of banners on these sites are a complete failure. Profit depends on type of business, overall business plan and the people who implement it, Nadja Jokanovic thinks.

- It is sure that earnings will not come over the night and that they will have to be persistent until they see the first results and the first profit. In our case, it was a year and a half after. They should think how to maximize profit, optimize costs and keep fixed costs under control which can sometimes be a true wisdom although it may sound simple.

Dragana Zmijanac agrees that in entrepreneurship there is no guaranteed success.

- Some startups have been successfully sold after only a couple of months and they got investments very quickly but many never go further than a try to shape the idea into a product with a position at the market – a collocutor of eKapija points out, adding that for the young people it is very important to learn how a failure in IT business is not necessarily a bad thing, on the contrary, every unsuccessful failure is an important experience of entrepreneurial growing up and a step closer to success.

Data that in only ten days, through online competition of entrepreneurs published in late October, within the program of Business of the Young of Serbia, 2.000 young people from Serbia applied proves the number of the young people interested in entrepreneurship is on the increase. The number of the unemployed, (35%), students (33%) and the employed (32%) is almost equal.

The next step would be five-days trainings organized in Nis, December 11-15 and Novi Sad December 16-20 2013. The program enables an access to Superstep credits of Erste bank in the maximum amount of up to EUR 5000.