First electricity-driven cars and public chargers arrive in Pancevo – Citizen to use electromobiles in the future? 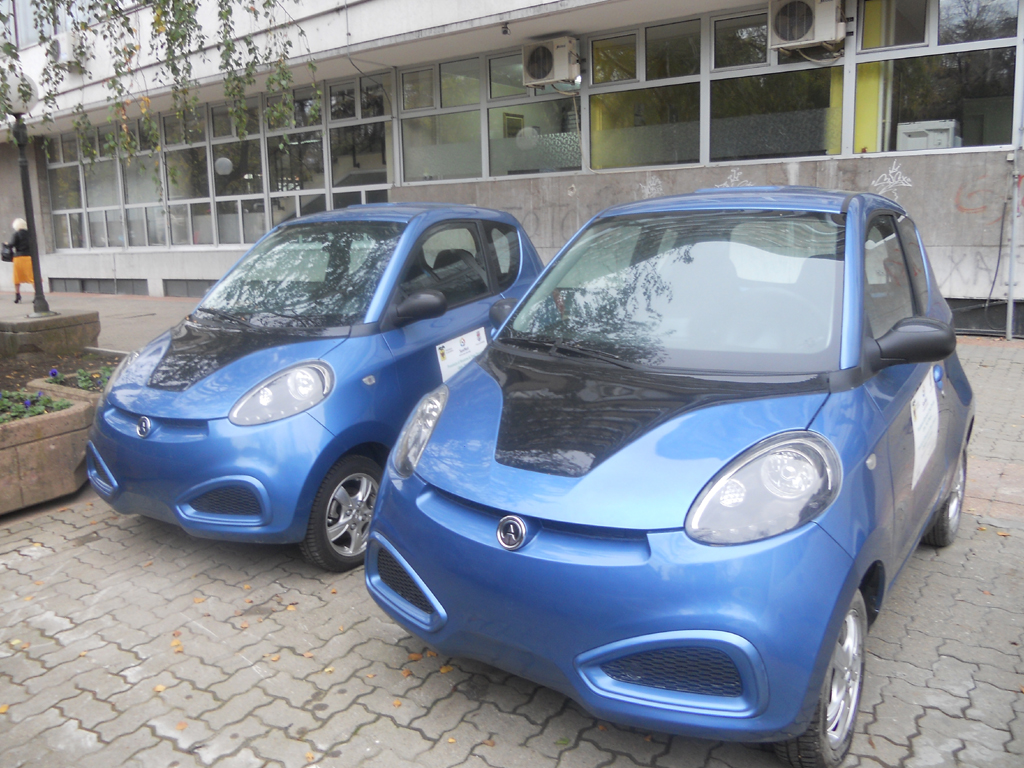 Electromobiles, which in late October made their first circle in the town at the Tamis, attracted the interest of the public, local self-governments and citizens of Pancevo. Thus, Pancevo became the first place in Serbia with installed public chargers for electric vehicles and also the first self-governance which has electricity-driven cars and bikes.

All vehicles arrived to Pancevo from the donation of the Italian province, Ravenna, totaling EUR 220.000 and the Island for sustainable traffic was installed in front of the Service center of the City governance.

Olga Sipovac, a Secretary at the Secretariat for Environmental protection of Pancevo, in her interview for eKapija, explains how the town got electric cars.

- During the preparation of the proposal for continuation of the second stage of the project for cooperation within “Networks of cooperation between local governance in development and dialog in South East Europe" (SEENET), which is conducted by the Italian Ministry of Foreign Affairs, representatives of the Ravenna province suggested renewable energy sources exploitation to be listed as a topic. A couple of options such as electricity-driven cars, solar energy exploitation for heating some of the public facilities, small wind generators, public biek service, etc., the City of Pancevo opted for the suggestion referring to possibilities of exploitation of solar energy for electricity – driven cars since it is something brand new for us and that, as such, it would be significant as an example of usage of renewable energy sources in the traffic field. 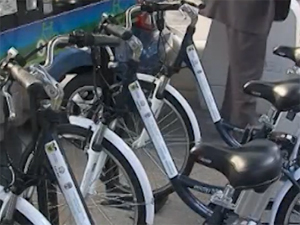 Our collocutor explains that at the Island for sustainable development, two smaller cars – quadricycles which are partially produced in China while the “heart” of the car, i.e. electric drive unit, is produced by Livorno-based Ggreen Go.

- These cars have two seats and are used for city drive. Within the same donation, Pancevo got Renault Kangoo as well as four electricity-driven bikes.

Charging of these cars, when they are empty, lasts for eight hours and they can also be charged immediately after a short ride. With one charging, a car can go 130-150 km, with an average speed of some 60 km/h.

Solar energy and wind generators are used for car charging. 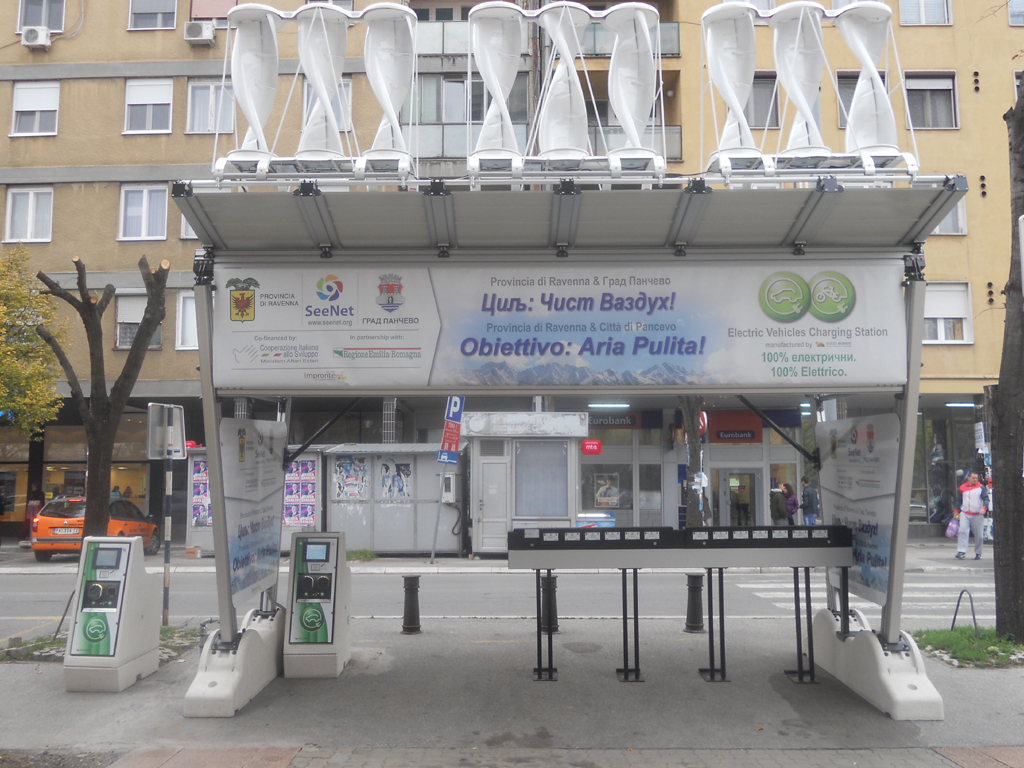 - Eaves for the renewable energy sources exploitation is supplied with 9 photo solar panels and three wind generators with three pillars. Solar and wind energies are accumulated through collection components installed above. Eaves are provided with one place for small vehicles, quadricycles, charging as well as with one for bicycle charging. Renault Kangoo will charge directly from the network having in mind the capacity of the battery at eaves, i.e. solar capacity and wind potential at the location of eaves – Sipovac mentions.

Producer of eaves with photo solar panels and wind generators and chargers for direct charging from the city electric network is Italian company Giulio Barbieri from Ferrara.

All donated equipment belongs to the town when in the future, electric vehicles become more common, Pancevo will consider the option of providing chargers for usage to citizens as well. 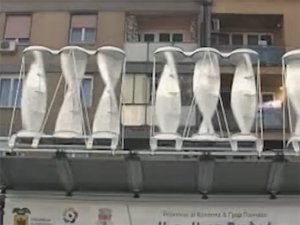 For a start, the staff in the Pancevo City government are planning to use these vehicles.

- First of all, vehicles will be used at the Secretariat for Environmental Protection, for regular visits to the system for continuous monitoring of the city of Pancevo as well as for the needs of environmental protection inspection. Also, other staff at the City governance of Pancevo, depending on the need, will be able to use vehicles and bikes, e.g. other inspections, etc.

As for now, there is no information on plans of other cities for implementation of this kind of system but, as representatives in Pancevo say, many other local self-governances showed interest in electromobile system implemented in their town.

Maybe other cities will look up to Pancevo and implement electric vehicles. Electricity-driven car renting system for all the citizens already exists in European cities, - in Paris, for example, it was implemented two years ago.