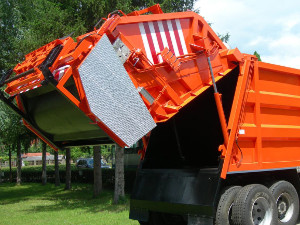 (Photo: resor.rs)
Algerian company ETCI signed Thursday (14 November 2013) an agreement in Nis with the Resor company from Gadzin Han to build superstructures for public utility vehicles. This company is also interested in taking part in the privatization of Prva Petoletka from Trstenik.

ETCI is an Algerian company headquartered in Bratislava that is, among other things, engaged in the production of machines, industrial equipment and components.

- The value of the agreement signed is up to EUR 50 million per year - company directors Elhadi Tauti from Algeria and Branislav Mihajlovic said at the signing ceremony.

Gerber from Razanj is expected to take part in the construction of cranes under this project.