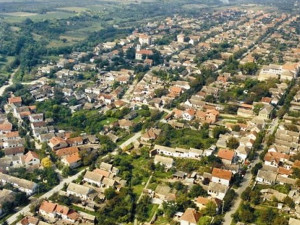 (Photo: irig.rs)
Wine tourism has made Italy, Spain and Slovenia famous and is quickly moving towards our Fruska gora region via Bach's road.

These days, Irig, near Sremski Karlovci, which has always been a capital of good Fruska gora wine, is preparing to make its tourist offer even more attractive. This town will get its Wine Street which will be a true attraction for hedonists.

When the project ends, Irig should get a pedestrian zone, closed for traffic, which will connect numerous tourist facilities such as wine cellars, craftsmen shops, restaurants, ethno houses, souvenir shops, etc. The street where Mackov podrum and the cellar of Vinarija Kovacevic are will become a true wine oasis.

However, wine tourism is only a part of the things Irig has to offer. This destination combines health-recreational, religious, rural and sports tourism. At the Fair of investments in Novi Sad, the municipality has recently presented rich potential as well as future plans. Apart from that, good news is arriving from private sector so, apart from Vrdnik spa – based Premier Aqua hotel, Fruska gora will get new sports courts and an ethno village. 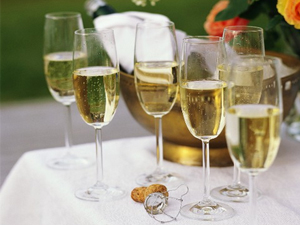 - The Irig, with the support of the provinc, has recently started the first stage of the reconstruction project of Ribarski trg. The stage comprises overall rehabilitation of the sewerage system which will enable cellar floors to get sanitary knot, pavement of the square, set up of street furniture and a candelabra. When this part of the works is over, terms for the beginning of reconstruction of facades and old wine cellars will be created – representatives of the Irig municipality explain for eKapija.

As Slobodanka Maric, head of the Local economic development Department, told us, reconstruction of the Ribarski trg will be complete a tourist offer of Fruska gora capitl and return it an old splendor. 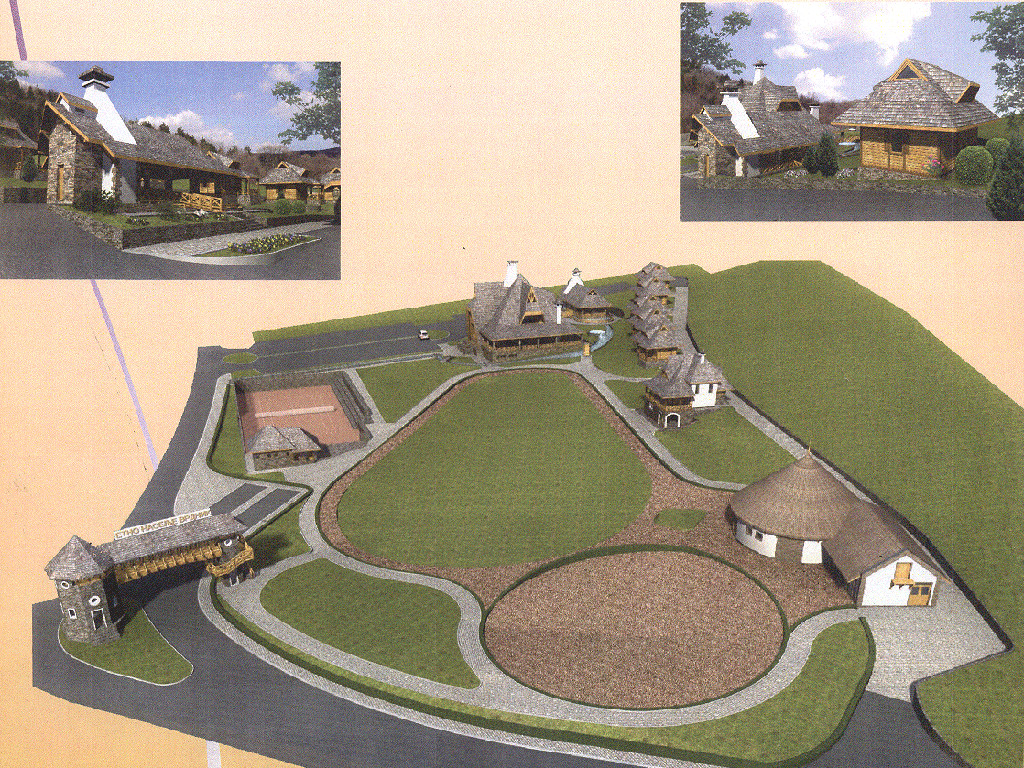 future look of the ethnic complex Vrdnik Premier Aqua
Apart from square development, the project implies rehabilitation of facades and basement floors of houses in the future Wine Street.

- The street is interesting because it has more than 40 cellars within a range of 100 meters. Practically, there is no house which does not have a cellar – Goran Andjelkovic, Assistant President of the Irig municipality.

It is planned that in the final project stages, to provide funds for households which would rehabilitate their cellars and turn them into tourist destinations.

Along with the development of tourist offer in Irig, improvement of infrastructure became essential. Apart from reconstruction of Ribarski trg, in cooperation with province, a couple of capital investments started, Danijel Mihajlovic, a member of the Assembly of the Irig Municipality, says.

It is planned that preconditions should be created that in Vrdnik settlement as well as in spa complex, walking paths are formed and that ban should be placed for vehicles not to travel through the settlement center. There are also plans for the “path of health”. 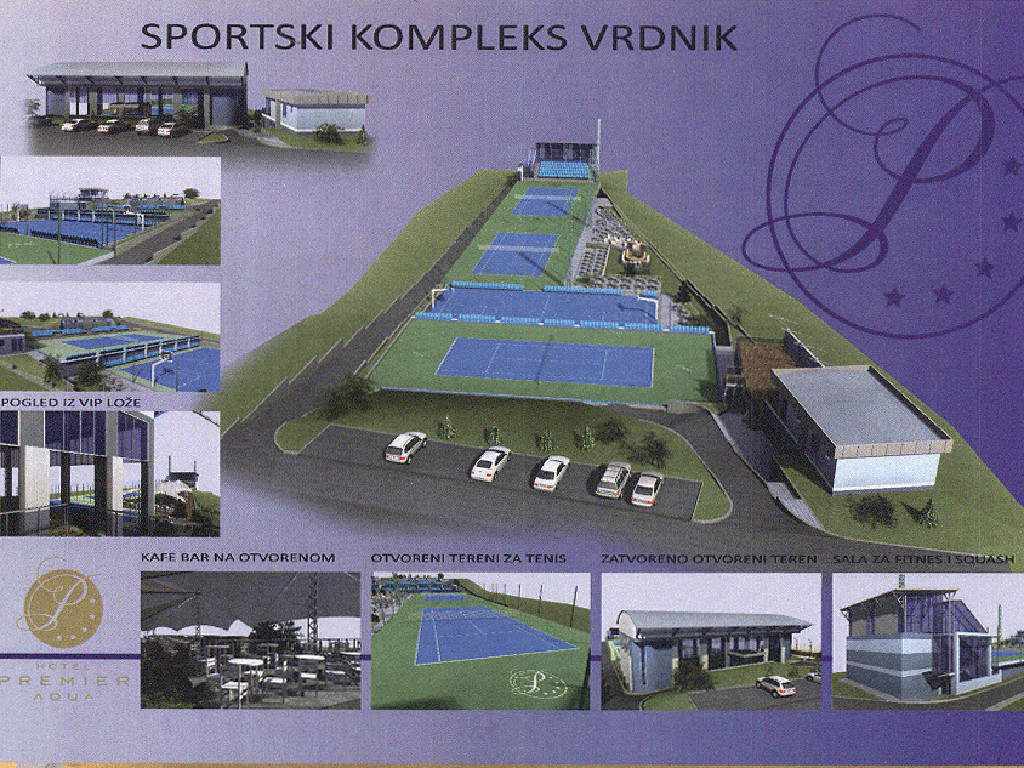 future look of the sports complex of Premier Aqua Hotel

- The Irig municipality, in cooperation with the Premier Aqua initiated the project of the path of health which would connect Vrdnik tower and a sports complex which is under construction. The path will be some 12 km long and the plan of detailed regulation is in progress – our collocutors say.

Apart from plan documentation development, reconstruction of the road infrastructure started so crossroads of Karadjordjeva street and Martin Klasic street, towards the Premier Aqua hotel will be developed. Also, rehabilitation of streets spa complex has been initiated. It will enable an access to new tourist facilities as well as sports courts which are under construction.

The reconstruction of the spa complex, apart from development of roads, implies rehabilitation of pedestrian zones, lightning, green areas and construction of an outdoor gym. Thus, the overall tourist unit will be complete, our collocutor say.

Apart from plans of the municipality which is fully engaged to make Fruska gora pearl shine to the fullest, bug investments are coming from private sector as well. 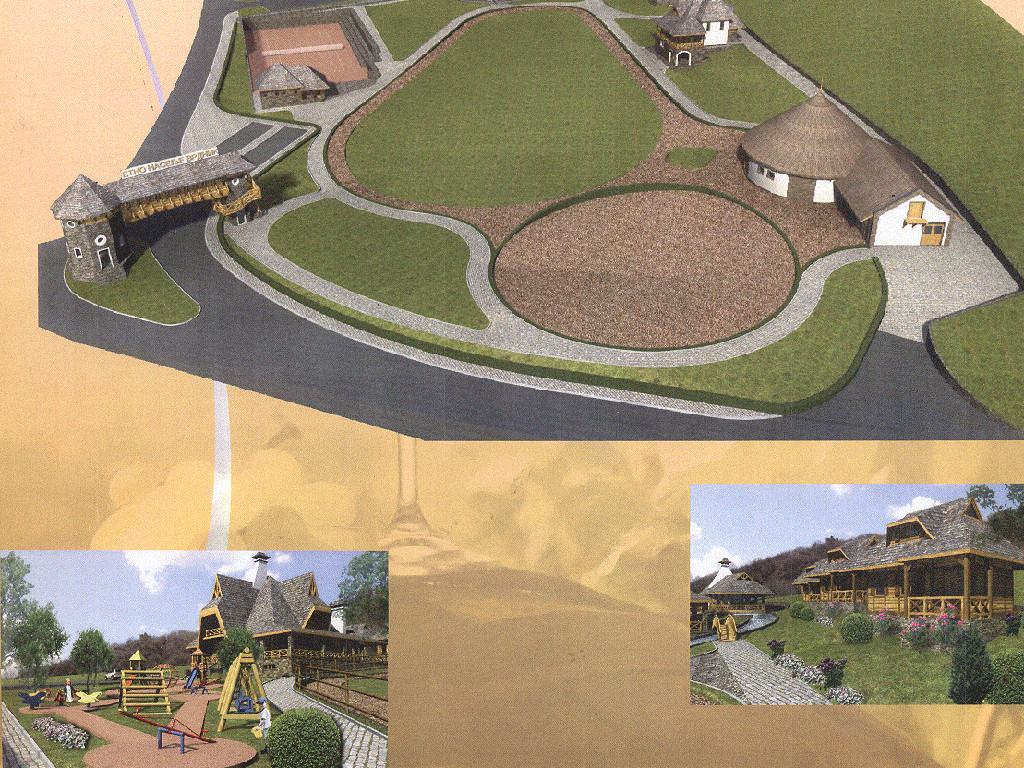 At the east side of Fruska gora, right below Iriski venac, at the place of former vacation land Sanitas, the Mladen Selak Foundation is building a luxurious health-rehabilitation center “the Glas mira”, occupying an area of 4.000 square meters. The entire complex will occupy some 1,4 ha and it should open, as our collocutors say, during 2014.

After the Premier Aqua hotel the Promont Group company, is finishing the construction of sports courts for tennis, futsal, handball. The sports complex on 2 ha will comprise a fitness hall, a squash court as well as a café. It will be built in line with the highest standards so therefore tennis fields (with a tribune as well) will have conditions to organize ATP tournaments as well.

As our collocutors from the Irig municipality say, courts should be completed soon.

Future should see the construction of outdoor swimming pools complex.

Apart from sports oasis, near Vrdnik tower, an ethno settlement with bungalows, a stud farm, a restaurant and other facilities, on some 2, 5 ha will be constructed.