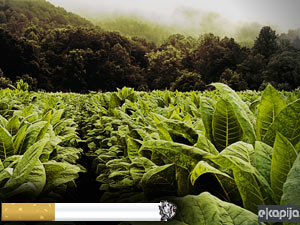 Japan Tobacco International (JTI) yesterday commissioned a new and improved USD 2 million worth of tobacco processing line in its factory in Senta, which should secure jobs for additional 40 seasonal workers.

Serbian Agriculture Minister Dragan Glamocic, who attended the line commissioning ceremony, said that it was important for Serbia to become an attractive destination for investments from successful companies, such as JTI, and to stay a reliable partner in order to motivate them to keep investing in the country.

JTI Country Manager and Vice President for Western Balkans Chris Woods said that the new line would boost the tobacco processing capacity by 30 percent, that is, increase it from about 2.5 tonnes to 3 tonnes per hour.

He reminded that since JTI had taken over the tobacco plant in Senta in 2006, it had invested over USD 140 million in the modernization of machines and production boost and exported USD 95 million worth of cigarettes and tobacco.

The new USD 2 million line in Senta is part of JTI's planned investment of USD 6 million in that tobacco plant in 2013.

JTI exports cigarettes from Serbia to Montenegro, Bosnia-Herzegovina, Macedonia, Croatia and Albania, and tobacco to the EU.