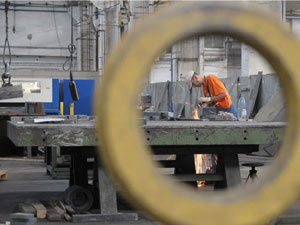 After Germany and Sweden, the Montavar Metalna Lola company has also entered the market of Norway. As eKapija is told by Bojan Velickovic, the manager of this Belgrade-based company, Montavar has agreed with Norway's Energi Teknikk to make a total of six turbine housings for small and medium-sized hydroelectric power stations, worth about EUR 400,000. The first three have already been delivered, whereas remaining three should be shipped by the year's end.

- We make turbine housings and input tubes for our Norwegian partners at our factory. They get the rest of the parts from other suppliers and then assemble and send products to end-buyers - says Velickovic.

Our interlocutor adds that they have an agreement with the Norwegian company to resume that cooperation and increase the value of future contracts because they find the Scandinavian market very interesting.

By the way, the Montavar Metalna Lola company produces equipment for thermal and hydroelectric power stations, that is, metal and steel structures. Goran Mladenovic, the company's owner, privatized a part of the large Zeleznik-based state-owned company Ivo Lola Ribar in 2007. At that moment, the Montavar Group was made up of companies based in Maribor and Niksic, while its members today are Montavar Metalna Lola in Belgrade and Metalvar in Maribor that are majority owned by Mladenovic.

- Our entire production in the territory of Serbia is situated in Zeleznik. We have a total of 240 employees with 130 of them working at the production facility and the rest repairing machines and assembling our products Europe wide – Velickovic points and adds that the number of workers at that company has grown 80 percent over the last year.

Although Montavar is mainly recognizable for its hydropower projects, it is interesting that this company was the first Serbian company to work on a biogas plant project in Gothenburg.

Apart from the Gothenburg-based plant, Montavar's most important project in the past five or six years is serial production of about 140 chassis for car-mounted cranes for Germany's Manitowoc Crane Group. 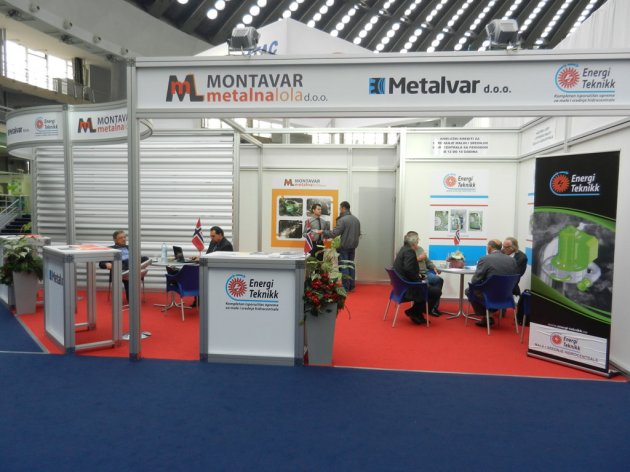 (Montavar's booth at the Energy Fair)

Montavar Metalna Lola, whose exports account for about 90 percent of production, exported about EUR 10 million worth of goods in 2012. However, over the last four years, Montavar also had several important projects in the local market.

- Our wish is to boost our operations in Serbia. We believe that we've acquired the knowledge that we could apply to local projects and participate in tenders in Serbia together with our foreign partners – says our interlocutor, who also notes that the company will submit a bid for the construction of pipeline for South Stream.

Montavar Metalna Lola shared a booth at this year's Energy Fair in Belgrade with Slovenia's Metalvar and Norway's Energi Teknikk.